Thank you to all of those that helped with the shoot and the parents of our local SCTP youth shooters for helping with breakfast and lunch. We had a great shoot with a mix of locals and non-locals that showed up to shoot.

1 youth shooter- Christian Davis earned a yard punch and he also ran his first 50 straight. We had a 3 way tie for New Shooter : R. Hjort, C. Torsten, and L. Martin. It came down to Richard Hjort and Lucky Martin, Lucky won it by one. It was a long day but one filled with smiles. Thank you to all that came to shoot and had fun at the Libby Range. 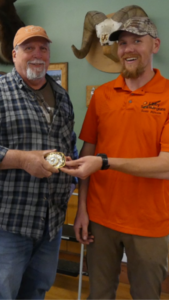 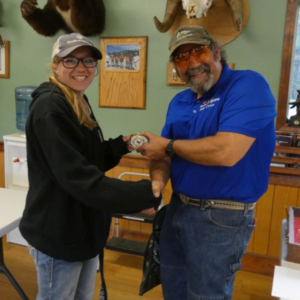 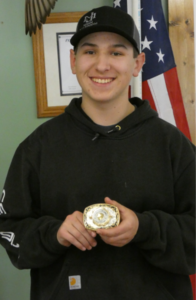 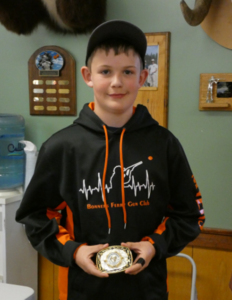 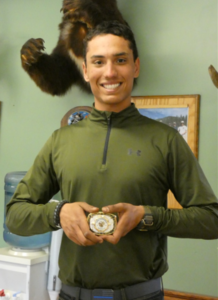 Hoot Owl Farm is a locally grown farm that prioritizes community health, sustainable practices, and delicious food. Located 13 miles north of Libby off Highway 37, they’re nestled against the Kootenai River in a beautiful section of the valley. Bonnie and Rudy Geber are happy to be able to lease their main farm plot from landowners Dave & Tammy Blackburn, and have been farming there since 2016. They started in a 2,000 square foot greenhouse but it’s grown to include more than 50 long rows, multiple hoop structures, and they just expanded to cover a total of 2 acres. The pair have been in the area for a while, originally working for the forest service, but were seeking a change in lifestyle. Rudy has a background in gardening, and they are both passionate about working hard outside. Everything on the farm is grown with natural light, meaning the vegetables are dependent on the seasonal sunshine, and no grow lights are used. With the late spring, the farm has needed to make some produce adjustments, but no one’s cursing the rain here yet. One of their main goods is salad mix which, as Rudy explained, they seed in the hoop houses a month prior to going into the ground. With approximately 7,000 heads growing at a time, they harvest lettuce weekly and rotate the crop across the farm to keep a consistent supply throughout the season. They grow a variety of produce including tomatoes, root vegetables, potatoes, onions, radishes, carrots, cabbage, and microgreens.

An average day at the farm starts around 7 am with a crew that includes 4 dedicated workers who pick, wash, organize and load every week. Bonnie, Rudy, Mark, Sam, Ethan, and Hans plant on Mondays, harvest Tuesdays, deliver on Wednesdays, go to market on Thursdays, and clean up on Fridays. As Bonnie states, they “follow organic practices,” using compost, minimal tillage, and mesh netting to keep pests off vulnerable crops. When asked why they chose to go organic, Rudy replied, “because it’s the right thing to do. There is a market for it, and it’s good for the soil.” They use cover crops such as pea and oat to regenerate nutrients in the ground, and cycle different crops into the same rows in order to maximize efficiency, and minimize soil degradation.

In our modern, throw-away society, it is rare to find folks who are committed to keeping their devices and machines going, and rarer still to find someone who is able and happy to fix them.

Rick Klin has been fixing Libby’s appliances for more than 40 years. He started working for Joyce Rupel at tech refrigeration on California Street in 1982, shortly after moving to Libby from Hamilton, where he worked in an  electronics shop.

“I fixed everything” Klin said.

In 2002, Rupel needed to retire and turned the business over to Kiln, and it essentially  has remained the same ever since.

“It didn’t cost me a thing, she just gave me the business,” he recalled, “when I went to visit her in the nursing home, I told her, “You know Joyce, I don’t know if you were doing me any favors”, I got a little grin and she just said, “Got Ya Rick”, Kiln recalled with a laugh.

Klin prefers working on things that have just quit, “I like the dead things because I can resurrect them,” he joked. “and 99% of the time it goes home repaired!”

Although just about every kind of appliance you can imagine has passed under  his healing hands, Kiln’s passion is Morse Code , and the occasional dip in icy cold water. He is fluent in Morse Code, which he learned as a teenager, and regularly communicates with fellow aficionados all over the globe, including Cape town, Africa, Sydney Australia, Sheridan Wyoming , and Los Angeles, as well as commercial freighters way out to sea. They  use high speed QRQ code. Klin codes at about 40 words a minute, “My brain just turns the beeps into English,” he said, “When you are doing morse code it is a language of sound, not sight, so its not really dots and dashes, more like “dits” and “dahs”, he added.

His other passion , as many locals know is swimming in icy cold, water, and, as a representative of the international Polar Bear Club ,Klin and cohorts have been doing a New Year’s Day dip in Libby creek for many years. “I started 47 years ago in Hamilton” He recalled. “We had  just moved here from Indiana, and went up to a place on Bitterroot creek. We were amazed at how clear and clean the water was, compared to the muddy creeks back in Indiana, you cold see everything, fish, rocks, plants, I just had to put my feet in.” It felt great to him, in fact, very comfortable indeed.

These days you can still find Rick, tinkering behind the counter of his shop, eager to show you his morse code machine and pictures of him lounging in icy Libby Creek wearing his polar bear hat. He is not physically able to fix anything anymore, and so avoids large, heavy appliances , he doesn’t do TVs or car stereos, but besides that he is game for any contraption you may want to bring in. 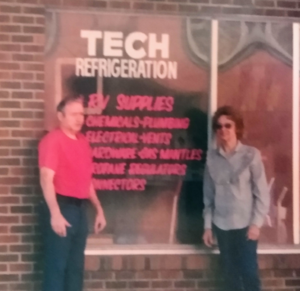 Rick and Joyce at Tech
Refrigeration in the 80’s.