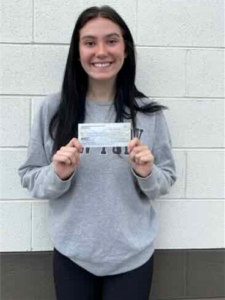 Scholarship awardees, Arista Munsel on the left and Lucky Martin on the right-Photo Courtesy of Jim Sullivan

Arista Munsel, daughter of Joshua and Dawn Munsel, received $1000 from the Libby High School Educational Trust. She will be attending Montana State University in Bozeman and majoring in Biochemistry.  Her overall goal is to attend dentistry school after graduating from MSU and pursue a career in dentistry.

Lucky Martin, son of Kristan and Jeffery Martin, received $1000 from the Libby High School Educational Trust. He will be attending Montana State University in Bozeman with the ultimate goal of obtaining his Bachelors degree in Political Science or History and to graduate college as a 2nd Lieutenant in the US Air Force.

Donations to the Trust are always welcomed and encouraged. Since the start of the scholarship over $62,000 in scholarships has been awarded. Only the interest earned is used to provide scholarships so the Trust will continue to benefit future Libby High School students.

Trustees of the Fund are Nancy Chalgren, Jim Sullivan, Niles Nelson, Linda Buti, and Juli Cooper. Anyone wanting more information or wishing to donate to the Trust may contact any of the Trustees.

Libby Local and Livability, Opportunity, Responsibility Foundation Give Back to Libby 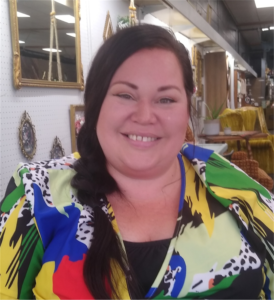 Tabitha Viergutz was very happy at her job with the state of Montana, helping people afford to keep their homes cosey and warm throughout the winter, through the State of Montana’s LIEAP Energy Assistance Program.

“I’ve always loved helping people.” Viergutz told The Montanian “Then, a couple of my co-workers submitted my name to LOR for the Libby Community Officer job.”

After a 5-month long interview process Viergutz emerged as the Libby Community Officer for the Taos based LOR Foundation.

The LOR foundation was started in 2007 in Taos New Mexico by Amy Wyss and Ed Jaramillo. LOR stands for Livability, Opportunity, Responsibility, and its mission is to work with small communities in the mountain west, specifically Colorado, New Mexico, Wyoming, Montana and Idaho, to enhance livability and prosperity while preserving the unique character of each town.

“They (founders Amy and Ed) noticed that in so many places, the land was being taken care of, but the people were being left out, no one seemed to be listening to the locals”. Viergutz said.

Wyss and Jaramillo decided to start a foundation dedicated to prioritizing the problems and projects directly affecting local residents, by asking for direct input and hiring coordinators directly from the community. LOR funds projects quickly, cutting out a majority of the paperwork most granting organizations require.

In fact, to apply, folks are encouraged to call Viergutz directly, drop in, and talk to her about their idea. All grant decisions are made within 4-6 weeks, considerably less time than the 4-6 months for most granting agencies.

In addition to direct funding of projects from 50 to 30,000 dollars, LOR provides grant writing services, monthly e-mails, and networking assistance to help folks connect with others in their communities. 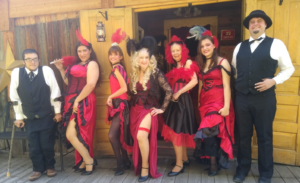 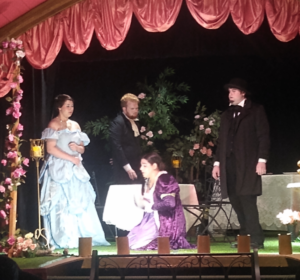 The Old-Town Players held a Grand Opening for the Old Town Village on Friday, July 29 at 4:30 p.m.

In addition to the guided tours, the theater concession stand will be open for business all afternoon.

The old town Players production of ‘Lady Audley’s Secret” is a lively, surprising, and humorous tale of deception, passion and madness. Based on actual Victorian news articles, this adaptation was written and directed by Old town maven and resident, Zarita.

Featuring Stormy Miller as the enigmatic Lady Audley, who delivers a riveting performance as an aristocratic gold digger with a big secret. Playing her patient and trusting husband, Sir Michael Audley, Joel Stewart delivers a solid counter to millers off the rails character. Coming in to solve the mystery is nephew/barrister Robert Audley, played expertly by Raymond Miller. Mysterious George Talboys is brought to life by Caleb, and Alex Guerra is a delight as Michael’s lovely daughter Alicia. Rounding out the cast is Ignacio Guerra as James the butler. Director Zarita is featured as Lady Audley’s personal maid, Phoebe, who brings the audience right into the story.

Running the next two weekends, August 5,6 and 12,13, this delightful old-timey mystery is appropriate for all ages. The Players ask a $4 admission, and offer refreshments If you have never been to this adorable, authentically restored theater, come on out. Old Town Libby is located at 226 Cedar St. Extension.