Trevor Grant and Izzy Tunism placed at divisionals on May 21, in Frenchtown and headed to state track.

Heading into last weekend, (May 28-29) State Class B Track and Field meet held in Great Falls.

For the third straight week Grant has run personal best in the 1600 while breaking his own school record. Again, and again.

The boys 800- and 1600-meter runs saw the same order of finish. Senior, Brandon Emineth of Red Lodge finishing first. Divisional rival sophomore Jack Jensen of Bigfork in second. With Grant finishing third. Grant elected not to run the 3200. Which he qualified for earlier in the season.

Also hoping for a personal best, and a top five finish was Junior, Izzy Tunison of Troy. Completing in the triple jump, Izzy leap of 31’02’ was not enough to make it to the final round of jumps.

Coach Neil Newton said, “Izzy and Trevor came to practice and worked hard every day. Making it to State was their reward.” 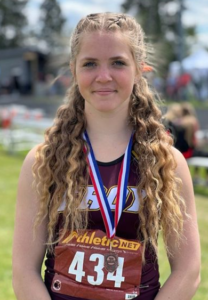 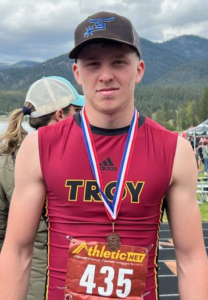 Izzy on the left and Trevor on the right.

Memorial Day was very special for the 10 veteran residents of the Libby Care Center this year.

Through the joint efforts of Staff Sergeants Wayne W. Carlisle and Charles T.  Berget, Montana Army National Guard Libby Unit, and myself, this was made possible for them.

As I have been the veterans’ liaison representative for the past several years, this year was especially heartfelt.

During the Libby Health Fair in April, I stopped by the Libby Care Center booth and ran into Liz Carmignani, the activities director. I mentioned she could definitely count on me once again to be there for the veteran residents on Memorial Day.

That afternoon, I came home and thought about it. I need to do more, not just give a presentation; something memorable for them.

The following Monday, I contacted Staff Sergeant Wayne Carlisle of the Montana Army National Guard stationed here in Libby. I explained that I didn’t want to give them just a presentation, but something special for their military service.

After returning home from a few days out-of-state, I found a message on my answering machine from Staff Sergeant Carlisle. He told me to stop by the Armory, that Sgt. Berget and himself had put together personal gift bags for the veterans. I was somewhat taken aback by their thoughtfulness and generosity concerning our elderly veterans from the Troy and Libby communities.

On Monday, both Staff Sergeants joined me for the joint Memorial Day presentation to the resident veterans. The three of us were in our uniforms, and thanked them for their military service.

For the exemplary efforts of Berget, Carlisle and Carnignani, each will be receiving a Veterans of Foreign Wars National Citation for the community service that was provided.

On June 3, 2022 at approximately 4:53 PM, Lincoln County Sheriff’s Office received a report from a concerned neighbor of a possible missing child in the Bull Lake area, south of Troy, Montana. LCSO deputies and David Thompson Search and Rescue responded.

An initial clothing description provided to searchers proved to be inaccurate. It was unknown what clothing or footwear the child was wearing. The child was last seen that afternoon of Friday, June 3, 2022, playing with the family dog in the yard outside the home near the 18 mile-marker of Hwy 56 south of Troy on the East side of Bull Lake.

In addition to a steady presence of ground searchers and ATVs, several drones and dog teams were able to deploy following the initial report, along with a boat unit on the lake. Two Bear Air initiated their response but had to turn back due to poor weather moving in.

On 06/04 two Montana Air National Guard helicopters and drones from Flathead County and Spokane Police were able to respond, in addition to more dog teams and continued ground and ATV searching. It was extremely difficult to get the additional air assets into the Bull Lake valley due to very poor weather conditions which consisted of rain, low visibility, and low ceiling. These resources continued to monitor weather for additional flight openings. The dense vegetation in the area proved to be extremely difficult to search. A Code Red Alert was sent out to all neighbors in the vicinity of the point last seen, asking that they search their own properties and structures.

On 06/05 approximately 53 personnel were actively searching the area when they were notified that the child had possibly been found. Deputies responded to Pine Ridge Road off South Fork Bull River Road in Sanders County and determined that it was Ryker, who was in good spirits and apparently healthy, although hungry, thirsty, and cold. Bull Lake Volunteer Ambulance responded to assess and transported Ryker to Cabinet Peaks Medical Center for evaluation.

Thank you to the many agencies and persons who assisted in this search. Apologies to anyone we may have missed.

Additionally, thanks to Malmstrom AFB, Fairchild AFB, and Spokane County Sheriff’s Office for attempting to respond with additional aircraft. Thank you to the Halfway House, Stillwater Christian Church, Rosauers, and many others for the meals and support provided. 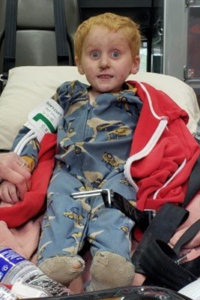