The 2021 Troy Trojans High School 8-man football team went 1-8 this year and finished second to last place in the Montana Class C West region, but help is on the way. The Trojans Jr High team finished their season undefeated with a 6-0 record and look to bring a winning football season to Troy Montana in the near future.

“Kudos to them boys, they put in the work. Those boys are outside daily putting in the reps and having fun. Their success on the field is a direct crossover for their passion of playing the game. Whatever drill you ask of them they would do it with maximum intensity without needing any encouragement. We just rode their coattails all season. They are the most coachable bunch of kids in my 10 years of coaching.” Coach Justin Young expressed.

The Trojans Jr High undefeated football team was coached by Justin Young and Scott Hoffman this year. The Jr High football team would outscore their opponents this season; on average, by 45 points. Coach Young said he believes that the defense alone outscored their opponent’s offense. “One thing all football players need to do; and the fundamentals we are teaching, is run, block and tackle and our boys excel at that. We saw the boys improve their open field tackling and gang tackling as the season progressed. These boys were pursuing the ball so well on defense and by the end of the season, a gang of red jerseys were at the ball after every play.” praised Coach Young.

Results like this last season showcases why there is excitement in Troy for their football program and other sports like the upcoming basketball season. This same group of boys will look to take their success from the football field and carry that over to the basketball court. The Jr High’s first game of the season is on Tuesday Nov. 2 at 4 p.m. in Troy against the Noxon Red Devils; however, their second game of the season is against the Loggers in Libby on Thursday Nov. 4 at 4:15 p.m., in a matchup of little brother vs. big brother at the Jr High level.

Bear specialists with Montana Fish, Wildlife & Parks and the U.S. Fish and Wildlife Service captured a grizzly bear south of Libby on Thursday and are setting traps for any additional bears that may be seeking food sources near residential areas.

On Oct. 28, FWP and USFWS captured a bear that was seeking human-related attractants near Parmenter Creek Road. The adult male is being moved to a remote area in the southern Cabinet Mountains. Camera footage identified additional bears in the area that were getting into human-related attractants. Bear managers set a trap on Oct. 28 in an effort to capture any additional bears.

Bears are actively seeking available food sources in preparation for winter denning. The best way to avoid attracting a bear onto private property is remove or secure food attractants. If a bear does not receive a food reward, it is far less likely to show up in the first place or return. Bears that gain rewards from human food sources can become food conditioned, which means they lose their natural foraging ability and pose an increased risk to human safety. Food rewards can also lead wildlife to become habituated to people, another increased risk to human safety. Both food conditioning and habituation often lead to euthanizing an animal for safety reasons. The most attractants are garbage, pet and livestock food, and fruit trees, but also compost, gardens, outdoor food cookers, and beehives. In the spring, bird feeders are a common attractant as well.

Bear spray is a highly effective, non-lethal bear deterrent. Serious injuries caused by bears are rare, but the potential for conflict always exists.

Playing on Herb Klindt Field at Rocky Mountain College in Billings, Mont., the Libby Loggers(4-6) football team lost against the Billings Central Catholic Rams (7-2) in the Montana State A Tournament on Oct. 30., with a final score of 12-54.

The Loggers traveled to Billings for their second playoff birth in the last three years while hurting at quarterback. Senior quarterback Ryder Davis was out with an injury and Junior Trevor Collins was making his biggest start of the year behind center against a Rams team that lost in last year’s championship game.

The first quarter was all Rams, they marched down the field on the opening kickoff for a touchdown (TD). Loggers looked to answer back against the Rams on their first possession but fumbled the ball and the Rams recovered. The Rams scored a TD shortly after that turnover. The next loggers’ possession ended in a three-and-out with their punt being blocked and the Rams returning it for a TD. The Loggers were down quickly to the Rams with a score of 0-21 in the first quarter. 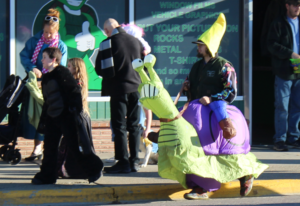 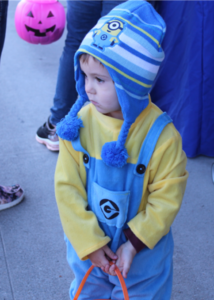 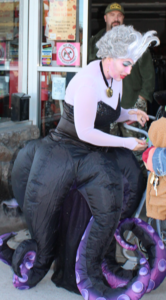 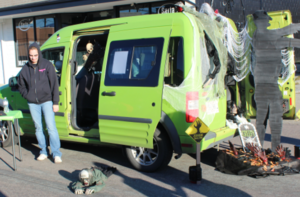 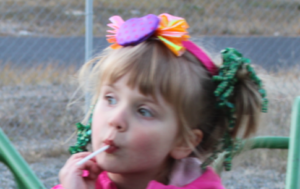 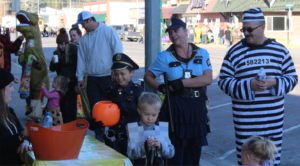 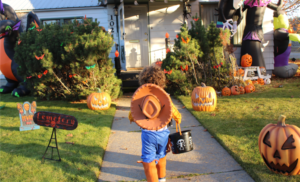