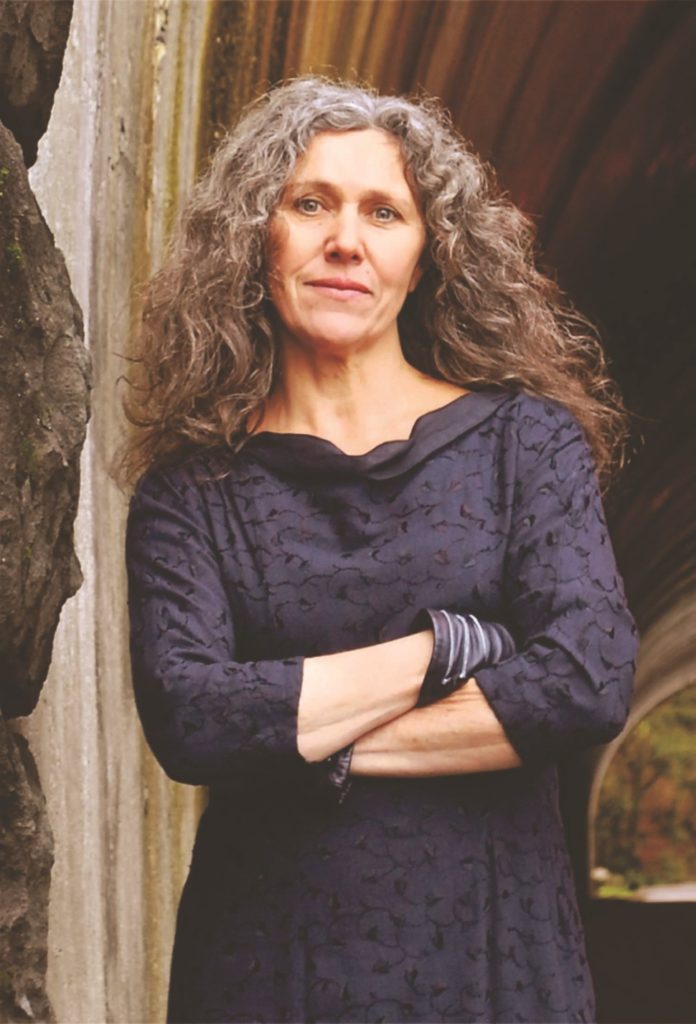 Submitted by Patty Rambo
The Kootenai Heritage Council presents another evening of entertainment on the Libby Memorial Events Center Stage Thursday Feb. 1 at 7 pm.
The Libby community can enjoy the delightful tones of Roots Americana musician, Lauren Sheehan who per-forms in the Elizabeth Cot-ten/John Hurt vein ~ a one-woman Americana jukebox.
Her sensitive singing and finger work with Piedmont picking all sounds deceptive-ly easy, which is a testament to her huge talent and hard work.
Lauren Sheehan took a chance when she was in her fourties. She quit her job teaching at alternative schools and began to pursue a musical career. She launched her recording and performing career in 2002 and has been sailing on to critical acclaim, national/international radio charts and ‘encores’ at festivals, concerts and venues across the country and in Canada ever since.
From fronting a 9-piece band to solo acoustic work, this vivacious ‘songster’ de-lights audiences with the breadth of her material, evocative artistry and musi-cianship.

Lauren clearly loves and inhabits the music she per-forms, shape shifting through the moods of the familiar and the obscure, howling with the werewolf and weeping with the willow. Her gifted guitar work, stylistic breadth and vocals are inspired by her study with elders, oral tradition and scholarship. With all of that tradition be-hind her, she re-creates the intimacy of a back porch, where at one time in the American culture, singing and playing were regular events.
Lauren began playing guitar at age ten, discovered traditional, social and dance music in her early twenties, then jumped into living acoustic blues up at Cen-trum’s Port Townsend Acoustic Blues Festival in her thirties, picking up mandolin and banjo along the way.

Recent appearances on National Public Radio, four CDs that charted in the top 20 on folk radio, a 2012 Port-land Music Award for out-standing achievement in Folk, inclusion in the Library of Congress as part of the MusicBox project and her most recent accomplishment as guitarist for the CD, The Light Still Burns, companion to the history book Kalama-zoo Gals; A Story of Extraor-dinary Women & Gibson’s “Banner” Guitars of WWII, attest to her growing signifi-cance as an artist, performer and teacher.

While in Libby, as is the norm for performers who are brought into the community by the Kootenai Heritage Council (KHC), Lauren Sheehan will be visiting area schools to share her experi-ences, knowledge and tal-ents up-close-and-personal with students of all ages through the outreach pro-gram that KHC always pro-vides for the communities of Libby, Troy and the Yaak.
After experiencing some time with Lauren during the school day, students are in-vited to watch her perform her full concert at the Memo-rial Center.
Students always are ad-mitted free with a paying adult so the entire family can enjoy this evening of live entertainment for a mini-mum expense.
Tickets are only $15 at the door. Season Passes are still available for only $50 which drops the individual event price down to only $10. These tickets may be used one punch per event or bring friends and use all the punch-es at one event.

This event has been made possible in part through grant support from Westaf, Montana’s Cultural Trust, Montana Arts Council, National Endowment for the Arts, and the Montana Per-forming Arts Consortium.