If you crossed a Patriot with a curly haired dog what would you get?

What was the most popular dance in 1776?

What does the Statue of Liberty stand for?

What did one flag say to the other flag?

No Bake Pie For The Fourth of July

The Designer of the 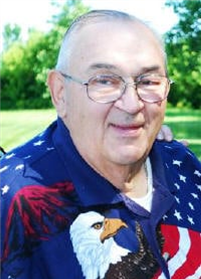 In 1958, a history teacher assigned a class assignment to redesign the national flag as both Alaska and Hawaii neared statehood.

Robert G. Heft, who was 16 at the time, designed a new flag using the old 48-star flag and $2.87 worth of blue cloth and white iron-on material. His design earned him a B-minus to which he challenged by sending it to Washington D.C. to be considered by President Dwight D. Eisenhower.

According to his obituary, Heft was one of thousands to submit a flag design but he was the only person who actually stitched together a flag and shipped it to D.C.

Once the flag was selected, Heft’s grade was rightfully changed to an A. His design became the official flag in 1960.