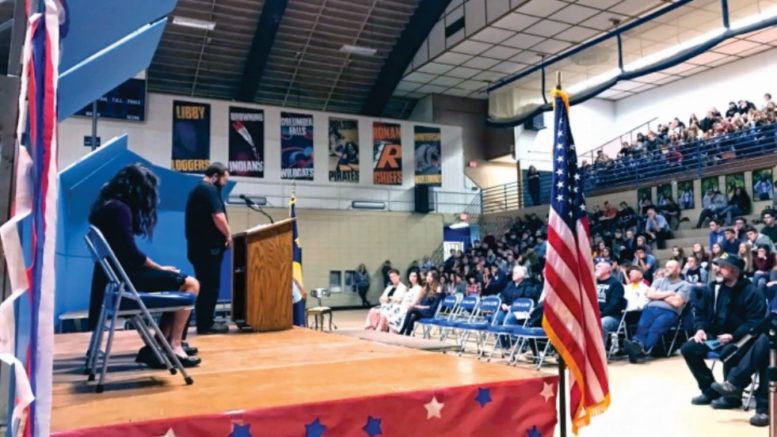 On November 12, the Libby Middle High School held their annual Veterans Day Assembly, honoring the men and women who have risked their lives and fought for our country. Some high school classes decorated the hallways with colorful posters dedicated to Veterans.

To start the event, Mikalyn Zeiler, Kaleb Lindgren, and Sophie Lee sang the National Anthem. The MC’s of the event were Bella Hollingsworth and Jay Beagle. Seven other students wrote reflections and read them aloud, showing their acknowledgement to Veterans in the audience.

This years guest speaker was Ramsey Smith, who served in the Marines as a Corporal for two tours in Iraq. He told of the loss of his brother, Raleigh Smith, in Iraq in 2004, and of the struggles he has had, caused from grief and the environment he served in. At the end of the assembly, a moment of silence was held for each of the men and women from our community, who passed away while protecting our country. High schooler Cerria Swagger played the taps and also folded the American flag with Brandy Murray, who then presented the folded flag to Ramsey Smith, thanking him for his service.