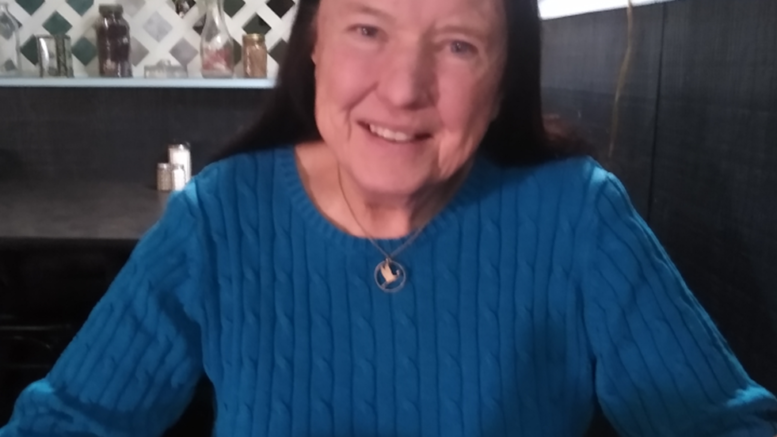 Of all the crimes in our violent American society, Domestic abuse and assault is probably the most common, and also the most underreported.

It is also, arguably ,the crime that damages the most people. This is because it is violence that is rooted in deeply ingrained personal and family history, values, and beliefs. Because it is so personal, most of those lucky enough to have escaped the experience of it don’t understand its insidious nature.

To help anyone caught in the violent cycle that is domestic violence, to win the trust of victims, it takes someone who has been there and come out the other side. Barb Guthneck gets it.

When asked why she continues to dedicate so much of her time and energy to helping domestic violence victims, Barb will always say that she remembers how no one was there to help her.

She went back to not one, but two violent abusers 4 times. She had her jaw wired shut, she had to live in a tent, and a van. She says that, in order to find the courage to break the cycle, and finally leave her abuser; she had to sit down and make lists of the good and bad. Reasons to stay and the reasons to leave, because there are always reasons to stay.

“I made a lot of bad choices”, Guthneck told The Montanian. “We’ve seen this so many times, they (the victims) come up with all kinds of wild schemes of how to fix things. We try to help them realize that they really do have choices, and can make good ones. We tell them, to just tell the truth, but it gets hard when he (the abuser)  starts coming back with lies”.

Barb has been doing this work for over 16 years, starting back in 2004 as a grant writer for the Libby Community Intervention agency, then headed by Carol Ramos, which dealt with family alcohol and drug issues as well as Domestic abuse.

With some grant money, an organization was formed to focus on helping victims of domestic abuse, First headed by Dona Stringer, then Connie Love, as Carol Ramos moved to the newly create Victim Witness Advocate position with Lincoln County.

“ We had a shelter near the hospital as well as one in the basement of the County Health building, but soon found that they were not secret enough” Guthneck recalled.

Now , Lincoln County Crisis Solutions,(LCCS) headed by Guthneck and Cookie Haidle up in Eureka, have 4 shelters in Libby and one in Eureka.

Currently, there are 13 adults and 19 kids being housed and helped, including a male victim and his kids, who have their own private space.

With the help of local churches, and generous community support, LCCS is able to help victims get back on their feet, enroll in school, find employment, and even relocate if that is what they need or want to do.

“Nobody around here can afford a lawyer,” Guthneck added,  “so we also help guide them through the legal process.”

“I do stay in touch with many old clients” Gutneck recalled with a smile, “so many of them have really found the fortitude to change their lives, one recent client who has 3 little kids just relocated and landed a great $40/hr. job.”

There is no blame, and no shaming in what Guthneck, Haidle and others do.

“We find that girls are often just looking for their fathers”, she said, even if he was abusive. Its just what they are used to.”

For more info or to find help call Lincoln County crisis solutions at (406) 293-3223 or lccrisissolutions.org.