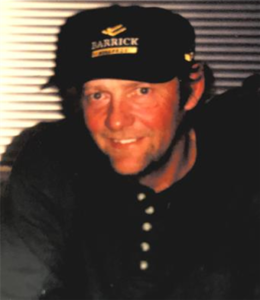 John Allen Brown Sr. peacefully passed away on December 9, at his home in Troy, Mont. He was born to Dorothy and James Brown on April 17, 1950, in Bonners Ferry Idaho.  John grew up and attended Troy schools. He enlisted in the United States Army in 1968 and shipped out to Vietnam for two tours of duty.  While in Vietnam he received a Purple Heart for wounds received in action and a Bronze Star for meritorious achievement.  John returned to the States and married Mary Ruth Hays. He got stationed at Tuttle Army Air Base in Savannah, Georgia. John received an Honorable Discharge from the Army in November 1971.  John and Mary welcomed a baby boy in June of 1971 and shortly after moved back to their hometown of Troy, Mont. to raise a family.  A daughter, Jada was born in 1974.  John worked various jobs in Washington and settled back into Troy in 1978 to raise his family.  He worked many years at the Asarco mine and with Reidlinger Logging.  He sustained injuries while logging and became disabled.  John was active in Babe Ruth baseball and coached for many years.  He was also active in Troy Youth Recreation Program. John played an active role in the development of the Roosevelt Park while he was Mayor of Troy. John enjoyed spending time with his children while they were growing up. As a family they spent time camping, fishing, hunting and attending sporting events.  People who knew John knew he would have a fishing story to tell. He was an experienced captain of his jet boat and loved taking people up the Kootenai River. Because of his love for the river and expertise in jet boats, John found himself working as part of the boating crew during the filming of the River Wild movie where he was able to spend time with the cast and crew. Johns nine grandkids were the true loves of his life.

Military were held at Milner Lake Cemetery on December 20, 2021, at 2 pm.  Following the services, the family invited friends and famly to join them at the Silver Spur in Troy.

Linda Joy Christman Voorhies, 67, passed away December 15, at Logan Health in Kalispell. She was born on April 23, 1954 in Longview, Washington to Patricia and Walter Christman. They resided there for 6 months before moving to Libby, Montana. She then later moved to Troy, Mont. To her that was home.

She married Mike Voorhies in Feb 27, 1971 in Troy, Montana and married for 50 years. She was preceded in death by her mother Patricia Elizabeth Hurley Christmas and her father Walter Charles Christman.

She gave birth to two lights of her life Alena Gay Voorhies Gostnell (Joe Gostnell) and Cory Alen Voorhies (Elizabeth Dotson Voorhies);  5 grandchildren: Ashley Taylor Gostnell, Mathew Brandon Gostnell, Hannah Katlyn Gostnell, Alexandra Swan Voorhies and Dominic Wayne Voorhies. She loved them all with all her heart. Linda was one of five sisters Geneva LaCount, Sue Duve, Karen Horton and Lori Camprose. When they would all get together it was laughter, food and games until your belly hurt.

There will be a spreading of her ashes on the farm this spring. It is the place she always wanted to be. 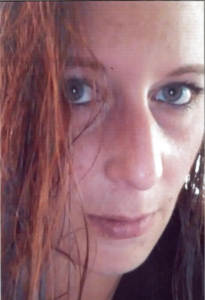 Cassandra Lee “Cassy” Clark, 36, died on Saturday, December 4, in South Dakota. She was born on April 4, 1985 in Libby to Jason and Candy Clark.  She attended high school and National American University.

Cassy was a manager of a truck stop in Kadoka, South Dakota. She was a very hard worker and could do anything she put her mind to. She was a very loving mother, daughter, sister and aunt.  Her passion was her dogs and spending time with her son Xaviar.

Cassy will be sorely missed. Rest in peace my beautiful girl. Forever in our hearts. Mom and Dad.

A Celebration of Life will be held in the summer of 2022. Arrangements are by Schnackenberg Funeral Home in Libby.  Online condolences and memories may be shared at www.schnackenbergfh.com.

“The wolf also shall dwell with the lamb, the leopard shall lie down with the young goat, the calf and the young lion and the fatling together, and a little child shall lead them.  The cow and the bear shall graze; their young ones shall lie down together; the lion shall eat straw like the ox.  The nursing child shall play by the cobra’s hole…  They shall not hurt nor destroy in all My holy mountain, for the earth shall be full of the knowledge of the Lord as the waters cover the sea.” Isaiah 11:6-9 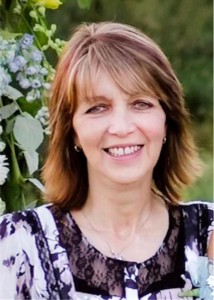 Rogene “Genea” Huisentruit Stindt knocked on Heaven’s door on December 14, at the age of 66. She was surrounded by her loved ones, either beside her or holding her close in spirit. When her devastating cancer diagnosis was given by doctors, in true Huisentruit fashion, the Kalispell hospital doors were nearly plowed down. There weren’t enough seats in the waiting room, which is a true testament to the love and commitment Genea always gave her family.

She was born on December 22, 1954, in Libby, MT, to Clara and Roger Huisentruit. The oldest of six, she grew up in a humble and love-filled home that her grandpa and father built on Iron Creek in Troy. Genea and Pamela led the pack, with their siblings Crystal, Roger, Mo and Andrea always following close behind. She was a poster child of the 60’s. Dressed to the nines, obsessed with the Beatles, and never afraid of a little rebellion – like skipping school or smoking Kools out her bedroom window. In 1970, with the support of her devoted family, she gained the title of Mama. She welcomed her first daughter Tabatha into the world and her daughter Tanella was born five years later. It wasn’t until 1979 that Genea married the love of her life, Danny, and together they had Daniel (Boones). Through Danny, Genea also became step-mom to Michael and April. Danny and Genea were perfect complements to each other. He was her “honey” and she was his “babe” for 41 years. Genea enjoyed working with her sisters through the years. She was talented at drawing maps for Davis Surveying with her sister, Pamela. She also worked for her sister Annie at “R” Place for nearly 15 years. When an opportunity arose at the local Juvenile Detention Center, Genea decided to train at the Police Academy and earned her certification as a Juvenile Detention Officer. This was an incredibly proud achievement for Genea and her family. She worked with her sisters, Pamela and Crystal, and served more like a counselor for the youth who spent time in Juvenile Hall. Genea was also like a mother to her nieces and nephews, and all the cousins grew up more like siblings. She became “Mama” or “Grams” to so many people. Her house sometimes seemed like it had a revolving door of loved ones seeking counsel or comfort. Genea had the superpower to make everyone she met feel like the most special person in the room.There were many occasions where a young person who met her just naturally began referring to her as Grandma or Mom. She loved “all her children” with all of her heart. So much so, that she worried profusely about everyone’s whereabouts all the time. Everyone always knew to let her know when they arrived home and to never tell her if they did something dangerous. Genea loved rocks and gems and could list every month’s birthstone from memory. She was a collector at heart. Any drawing a child had ever given her became a treasure to be kept. She could often be found behind a camera, wearing a T-shirt of her favorite band or something in Leopard print. She captured the good ole’ days including countless photos of her musically gifted family. For Genea, music was joy. She used its power, along with her Christian faith, to get through difficult times. Her love of Jesus was paramount in her life. She was unwavering in her spirit and her expression of love on Earth was her way of honoring her Lord. Genea believed most cuss words were just fine and was pretty good at saying most of them. However, you never spoke the Lord’s name in vain. She was preceded in death by her parents, Clara Pattie-Huisentuit and Roger Huisentruit; niece, Hannah Hall Wallace; and nephew, Billy Don Norman, and many other loved ones She is survived her husband, Danny Stindt; children Tabatha Huisentruit, Tanella Raan (Chris Raan), Daniel Stindt (Becky Ash); step-children Michael Stindt and April Stindt; Grandchildren Andrew Venezio (Kiesha Venezio), Jordan Venezio (Tabatha Venezio), Samantha Jones (Tyler Jones), Isaac Venezio, Casey Raan, CJ Raan, Clara Stindt; Step-grandchildren Raemund Stindt, Gabriel Stindt, Lei-loni Stindt, Michael Stindt Jr, William Stindt, Corbin Stindt, Lyam Stindt, and Amira Stindt; Great Grandchildren Connor Venezio, River Jones, Natalie Venezio, Nola Jones, Huntley Venezio, and Lochlan Jones; siblings Pamela Norman (Mike Norman), Crystal Webley (Dan Webley), Roger Huisentruit (Julie Huisentruit), Mo Huisentruit (Debbie Huisentruit), and Andrea Wandler (Jerry Wandler); dozens of cousins, nieces and nephews and a large, loving village of family and friends.

A viewing will be held on Tuesday, December 21 from 3:00 – 7:00 at Schnackenberg and Nelson Funeral Home (422 West 2nd Street in Libby). It wouldn’t be right to hold a function for Genea in the morning. She would tell you herself she was never ready before noon, and even then, she might be 30 minutes late.

A funeral service will be held on Wednesday, December 22, at 1:00pm at Troy Community Baptist Church (725 East Missoula Ave. in Troy). A potluck reception will follow a private burial for the immediate family. Location of dinner will be announced on Facebook. Please send sentiments to PO Box 931, Troy, MT, 59935