Bob was born on January 14, 1943 in Springfield, MA. He was the son of Arthur G. and Angelina Friss and was a graduate from Agawam High School.

In 1961 he was honorably discharged from the US Army and also served as an Army reservist. He married the love of his life, Sandy (Linton) Friss on November 4, 1961. They had two children whom they loved with all their hearts, David and Karen.

He entered into an apprenticeship at Pratt & Whitney Aircraft as a sheet metal mechanic in the mid 1960’s.

Throughout his 50 year career, he was recognized and highly respected amongst his peers for his innovative manufacturing expertise in the turbine engine and aerospace fields.

In 1988 he became partners with his son Dave and eventually became the sole owner of Progressive Tool Corp., an industry leader in specializing turbine engine components.

Bob was a highly accomplished woodworker. He enjoyed spending time in his workshop making fine furniture for his home and family that will be cherished pieces for many years.

Not only did he love building things, he enjoyed keeping everything meticulously maintained. He enjoyed being outdoors, barbecuing, camping, snowmobiling and riding his quad with family and friends were amongst his favorite pastimes.

Bob was a loving husband, wonderful father, adoring grandfather, loyal friend and a kind human being.

He is survived by his wife Sandy, his son Dave (Wendy) of Libby, daughter Karen Parker (John) of Southwick, MA. He will be missed dearly by his grandchildren Megan Thompson (Bryan), Nate Friss (Kayla) of Libby; Josh Parker (Jessica) of Southwick, MA, Garett Parker (Alyssa) of Westfield MA, and Maggie Castanera (Chris) of Westfield MA. His great-grandchildren Wyatt, Ethan, David, Logan and Liam were his whole world and he loved them with his whole heart.

Aside from his children, he is survived by his brother Richard Friss of Libby and many nieces and nephews.

He will forever be greatly missed!

Arrangements are by Schnackenberg Funeral Home in Libby. On line condolences and memories may be shared at www.schnackenbergfh.com 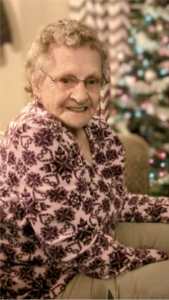 Joyce Ann Valcore, age 91, passed away peacefully in her sleep on Saturday, March 12, in Helena, Montana.

Joyce was born February 26th, 1931 to Lewis and Martha Schikora in Libby, Montana, where she spent her childhood years.  She would often reminisce on those earlier days of growing up with her siblings, playing in the river and especially ice skating. Her Dad even built her an ice skating rink and she could skate as fast backwards as she could forward!

Joyce went on to marry Nels Valcore in 1949.  They resided in both Rexford and Eureka, Montana and were blessed with four children: Thomas Valcore, Barbara Pluid, Richard Valcore and Kelly Valcore.  And of course with her love of ice skating, she taught her children how to skate as well!

In 1986, Joyce moved to Bozeman, where she began her prideful career of 20 years with Bozeman Deaconess nursing home, to which she had many awards and pins representing her work ethic and dedication over the years.  In 2006, she moved to Helena and began a new career with Red Lion Hotel before retiring at the age of 82.  Joyce very much enjoyed her career over the years and even in her 90s, you’d hear her say, “If I could see better & still drive, I’d be at work”.

Joyce was known for her extravagant gardens and even had a local photographer stop by once to photograph the beauty of it. Oh the garden she’s likely tending to in Heaven!  Other hobbies included: skiing, traveling, playing solitaire and reading Louis L’Amour books and every Montana history book she could get her hands on.  When recently asked if there was anything she’d do differently in life, she stated, “travel more and win the lottery!”.  She spoke of the White Cliffs of Dover in England as one place in particular she would have loved to visit!

Joyce was very proud of her family.  She always knew who was up to what and never missed a birthday!  You didn’t even need social media to keep up-to-date on the family, because Joyce always knew and it brought her great joy to share those stories with everyone!

This Spring, the family will have a Celebration of Life in Eureka, followed by the spreading of her ashes in the mountains of Libby.

David “Dave or Rip” L. Ripple, 69, lost his battle with COPD on Monday, March 21,  at Kalispell Regional Medical Center.  He was born on May 26, 1952 to Sheldon and Ardis Ripple in Liberal, Kansas.  They lived a short time in Bluffton, Indiana and then moved back to Kansas where Dave settled down in Paola.  He married Christine Hoyer on August 11, 1977. Dave wore many hats throughout his career and ended it in management at Seimens.  He was also a member of the US National Guard.

Dave loved the outdoors, but loved his family and animals the most.  Upon his retirement, he fully enjoyed his hobbies with his children and grandchildren until 2014 he and Christine moved to Montana to help care for her parents.  Dave appreciated the bountiful wildlife and mountain scenery in Libby when they relocated.

Dave was preceded in death by his father Sheldon, a sister Margaret “Peggy” and granddaughter Fanci.