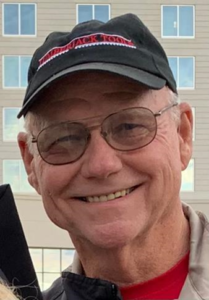 Russell “Rusty” Bache, 71, passed away on Tuesday, April 5, 2022 at his home of natural causes.  He was born to Fred and Norma Bache in Kalispell, Montana on March 8, 1951.  He grew up in Libby, Montana along with his three younger siblings: Cora Lee, Kenny and Jody.  He graduated from Libby High in 1969.  Russ was baptized March 27, 1971; confirmed March 28, 1971; married Rhonda Cole April 1, 1971 and he joined the Navy as a Dental Technician on April 5, 1971.  Russ and Rhonda’s Naval adventures started at his first duty station in Puerto Rico.

On July 13, 1975 a new adventure began when they had their only child, a daughter, Taresa.  Taresa was born in Charleston, South Carolina.  In the summer of 1981 the little family returned to Russ and Rhonda’s home town of Libby, Mont. when Russ changed his military status to Reserve Duty.  In the fall of 1985 Russ returned to Active duty Navy and the family moved to Oceanside, California.  The summer of 1989 Russ was assigned to the USS Nimitz, at Puget Sound Naval Station in Bremerton, Washington.  Russ retired from the U.S. Navy in 1998 while stationed at Pearl Harbor in Honolulu, Hawaii as Chief Petty Officer (Air Warfare/Fleet Marine Force).

After retirement he pursued his new passion and went to San Diego Golf Academy in Chandlier, Arizona.  After graduating he worked as a PGA Golf Professional for the next 10 years.  Russ was a very patient, gifted golf instructor, he even taught a blind woman to golf.  He also won a car during a golf tournament in Hawaii, when he hit a hole in one.

Montana has always held a special place in Russ’s heart.  Russ and Rhonda returned home to Libby in the fall of 2008, where they built their dream cabin on a beautiful piece of property along Libby Creek.  In 2009 Russ joined Cabinet View Volunteer Fire Department.  A few years later he joined the Bull Lake Volunteer Fire Department, where he found his home away from home. Russ was an Engine Boss and a Tender Truck driver.  He worked both structure fires and wild land fires.

Russ loved going on long rides with Rhonda, spending time with his two grandkids, Emily and Benjamin, working in his wood shop, bowling with his brother Kenny and serving his local church.  Russ also loved to sing.  He lived a life of service to God, to his family, to his community and to his country.

Russ was preceded in death by his dad Fred Bache and his mom Norma Bache. He is survived by his wife Rhonda; daughter Taresa Hackett (Andy); grandchildren Emily and Benjamin; brother Kenny Bache and sisters Cora Lee Bache and Jody Azure (Bob).

The Celebration for Russ will be held at Majestic View Bull Lake Fire Department, time and date will be announced soon. Arrangements are by Schnackenberg Funeral Home in Libby.  Online condolences and memories may be shared at www.schnackenbergfh.com.

Larry Ford Cripe, 79, passed away on Sunday, March 27, at his home in Troy of natural causes. He was born on February 17, 1943, in Bonners Ferry, Idaho, to Ford and Edith Cripe. Larry graduated Troy High School before attending the University of Montana, where he got a double degree in English and Journalism with honors. He worked for two years in Spanish Harlem for the Domestic Peace Corps before going to Argentina on a journalism scholarship, where he worked for the Associated Press.

In 1968, Larry worked as a student coordinator for Robert Kennedy’s presidential campaign. Later, he returned to Montana where he worked in logging and real estate. Throughout his entire life, he continued writing.  Larry was an active member of the Troy community. He was enthusiastic about his many passions, including photography, journalism, fishing, and the guitar.

He was preceded in death by his parents, a sister Carol, brother-in-law Arthur, and an infant brother.

Larry is survived by his children, Aubrey Desfosses (Charlie) and Owen Cripe; grandchildren Taffy, Katia, and Connor; a sister Kathy, and many nieces and nephews.

The family plans a service on a future date. Arrangements are by Schnackenberg Funeral Home in Libby.  Online condolences and memories may be shared at www.schnackenbergfh.com. 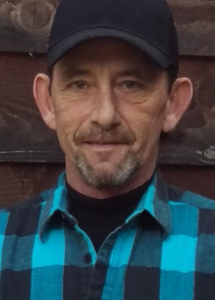 Kelly “Woods” Jellesed, 62, of Troy, Mont. passed away on April 4,  at the age of 62 after a courageous fight with cancer. He was born November 24, 1959 in Williston, N.D. to Janice and Frederick Jellesed.

Kelly was a carpenter who got his passion for the trade from his late father Fred. He was also a proud “papa” and his world revolved around his grandchildren. Some of his favorite memories were taking the kids swimming in Callahan Creek and fishing at Kilbrennan Lake. Always the Jokester, Kelly had a nickname for anyone he loved and would use that name almost exclusively.

In accordance with Kelly’s wishes there will be no funeral services. The family will hold a ‘Celebration of Life’ in the summer. Arrangements are by Schnackenberg Funeral Home in Libby. Online condolences and memories may be shared at www.schnackenbergfh.com. 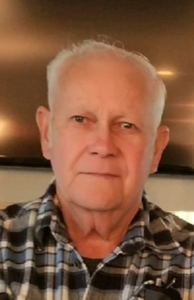 Harvey “Dale” Vinson, 82, passed away at his home on April 5,  in Libby, Mont. shortly after celebrating his 82 birthday. He was born in Kalispell, Mont. on March 24, 1940.  He spent his childhood and later life in Troy and Libby.  A hard worker, he was employed by the Lumber Mill, followed by Union Oil, and eventually WR Grace.  During his time at the mill, Dale met Sheryl Fuhlendorf in downtown Libby while dragging the gut in his ‘57 Chevy. They were married a year later on October 21, 1961.  Dale and Sheryl were blessed with three daughters that were his pride and joy.

Never one to sit still you could always find him tending to his lawn, helping around the house, or lending a helping hand to a neighbor in need.  He took pride in his hard work and enjoyed the fruits of his labor by spending time with friends and family, attending car shows, cruising in his ‘61 T-bird, or woodworking in his garage.  Dale had a sharp wit and a great sense of humor.  He was quick with a smile, unless you had a camera. His tough exterior masked his sensitive nature, and he filled the room with joy by his presence.

Services will be held at 2 p.m. on April 14, at Schnackenberg Funeral Home in Libby, 422 West 2nd St.  A reception will follow in The Ponderosa Room at City Hall, 952 East Spruce St. Online condolences and memories may be shared at www.schnackenbergfh.com. 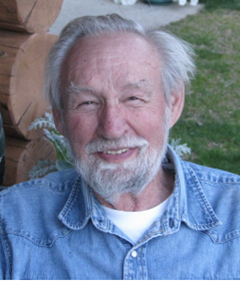 Dick Barnes went home to be with Jesus Christ his Lord and Savior on Dec. 23, in Whitefish, Montana at the age of 88. Dick is survived by his wife of 67 years, Ruth Barnes, four daughters, Lynn Barnes-Johnson, Wynda Dobler, Karen Osborne, and Suzie Wambeke, 11 grandchildren, 6 great-grandchildren, and his sister JoAnn Lees. He was born to E. Richard Barnes, Sr. and Marvel Barnes on June 12, 1933 in Syracuse, New York.  He attended Asbury College in Lexington, Kentucky. It was there that he was called into the ministry. His senior year he transferred to Grand Canyon University in Phoenix, Arizona where he met his wife, Ruth Berg-Barnes. After his graduation, they moved to Oakland, California where Dick attended Golden Gate Baptist Theological Seminary to receive his masters of divinity degree. Dick and Ruth pastored the 1st Baptist Church in Mesa, Arizona for 11 years. In 1968 they moved to San Diego, California. Dick participated in various ministry roles at Calavo Garden’s Baptist Church, Borrego Springs Baptist Church, and Skyline Wesleyan Methodist Church. While at Skyline Wesleyan, he and Ruth were the young married pastors, premarital counselors and members of the choir. During this time, Dick and Ruth both pursued their master’s degrees in Education which included an evaluation in Israel of the school systems in kibitzes.  He then taught middle school until he retired from the San Diego School district in 1993.  In 1993, they moved to Troy, Montana to enjoy retirement. It wasn’t long until they began pastoring and shepherding at Troy Christian Fellowship church for the next 8 years. In 2019, due to health concerns, Dick and Ruth moved to Whitefish, Montana. Dick was a loving husband, father, and grandfather. He dedicated his life to serving the Lord and shepherding people in their walk with the Lord.

His celebration of life memorial service will be at 11:00 a.m. on Saturday, June 11, 2022 at the Libby Christian Church.

Lynda Marie Garrison, 64, died on Wednesday, April 6, 2022 at her home in Troy of natural causes.