Bobby was born August 9, 1953 in Libby to Robert Dale and Joan (Countryman) Basham and grew up on the family’s property around Milnor Lake. He graduated from Troy High School in 1971. Bobby was married shortly before joining the US Navy in 1972, where he served overseas as an aircraft mechanic. Choosing his family first, he decided to leave the service and came back to Montana in 1976.

Using his Navy training, he worked as a mechanic all across the northwest until settling down with his family in Alaska in 1982.  He moved to Pennsylvania before ultimately moving back to Troy. He worked with the Troy school district until he retired.

Bobby was very proud of his military service which led him to be an active member with the VFW and was given the opportunity to serve as post commander.

He had a big heart and enjoyed give a helping hand. He liked the outdoors and was always up for a road trip or good adventure. Most of all, he loved spending time with family, friends, and making memories with all of his grandchildren.

Services will be held on 6/3/2023 at Milnor Lake Cemetery.  Arrangements are under the care of Schnackenberg Funeral Home of Libby.  Online condolences and memories may be shared by visiting www.schnackenbergfh.com. 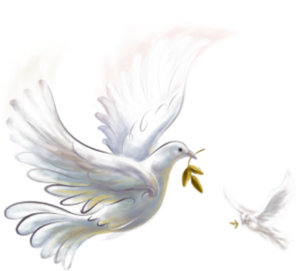 Daniel Gawain Waters, 78, of Libby passed away Thursday, November 10, of natural causes.  He was born December 8, 1943 in Tacoma, Wash. to Gerald R. and Marguerite (Ward) Waters. He was raised in the Tacoma, Wash. area and worked in various saw mills throughout Washington and as a longshoreman in Seattle.  He thoroughly enjoyed televised football.

Daniel was preceded in death by his wife, Yvonne Waters; his parents; daughter, Korina S. Vermilya; and some siblings.

Survivors include his son, Nathaniel D Waters of Kettle Falls, Wash.; granddaughter TrueDarlin Vermilya of Glasgow, Scotland; brother Kenneth Waters of Troy; former spouse, Sharon Vermilya of Kettle Falls, Wash.; and other nieces and nephews.  No public services are planned.  Arrangements are under the care of Schnackenberg Funeral Home of Libby, Mont.  Online condolences and memories may be shared by visiting www.schnackenbergfh.com. 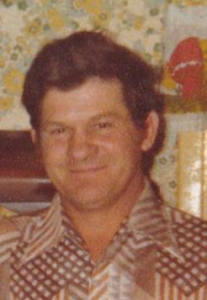 Robert Dale Basham, 87, passed away on November 7, in Libby. He was born February 11, 1935 in Troy to William and Alice (Vandyke) Basham. He was raised around Milnor Lake and attended the Troy school. Robert married Joan Countryman on December 8, 1952 and they had 4 children. Robert and Joan were long time members of the Troy Grange. They enjoyed square dancing and spending time with fellow Grange members.

Robert made his living as a Master Diesel Mechanic, working all across the northwest until moving to Alaska. After his retirement, Robert and Joan split their time between Oregon and Montana.

In his younger days he was an avid boxer, which earned him the title of Golden Glove in the State Of Montana. He enjoyed flying and had owned, as well as crashed, multiple airplanes over his lifetime.  Robert was always tinkering on something and rarely could you catch him without grease under his fingernails. He loved discussing local history and telling stories about the old days.

He was preceded in death by his wife Joan (Countryman) Basham; son Bobby Joe Basham; and daughters Rhonda Bilby and Tracy Basham.

Services will be held at a later time.  Arrangements are under the care of Schnackenberg Funeral Home of Libby.  Online condolences and memories may be shared by visiting www.schnackenbergfh.com.

“Oh, give thanks to the Lord, for He is good! For His mercy endures forever. Let the redeemed of the Lord say so, whom He has redeemed from the hand of the enemy, and gathered out of the lands, from the east and from the west, from the north and from the south. Oh, that men would give thanks to the Lord for His goodness, and for His wonderful works to the children of men! For He satisfies the longing soul; and fills the hungry soul with goodness.”  Psalm 107:1-3, 8-9