He was born November 16, 1937 in Conrad Mont. to Jessie and Winifred (Kirsch) Havens. He and his two siblings were later raised by their maternal grandparents Matt and Pearl Kirsch.

Gene was a graduate from Conrad High School in 1955. Gene played many high school sports, football, basketball, track and baseball.

At the time he was married to Bobbie Carabin.
They had three children and moved to Libby as a family
in 1965 where Gene took employment at Rexall Drug for nineteen years.

In 1984, Gene opened Gene’s Pharmacy at the
Fred Thompson Building.
He then married his soulmate and the love of his life, Donna Lukes in 1985. They, along with Gene’s son Tom,  incorporated together in the pharmacy business.

They rapidly outgrew that location and later moved to the storefront on Mineral Ave that we all knew and loved until it sold out in 1997.

Throughout his career as a pharmacist, Gene provided pharmaceutical needs for the Hospital, Care Center and he also provided many home deliveries for people in need.

Gene enjoyed many
hobbies; he coached Little League, Babe Ruth and
Legion teams for 18 years.  He was also a collector of baseball cards and coins. He was also an avid woodworker in his retirement years.

He spent many days out
in the stubble fields of
Conrad hunting gophers and pheasants with his son Tom, brother Jim, and brother-
in-law Roger (Badger)… or some may say just putting miles on the truck.

Gene’s service will be
held at 11:00 a.m. on Thursday, August 26, at the Christ Lutheran Church in Libby. 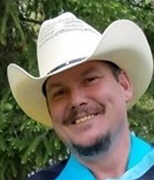 Robert loved camping, hunting, fishing and being around family and friends.

He was a contractor, carpenter, and possessed many other skillsets.

Robert had the biggest heart and would help anybody out when they were in need. He was one of the greatest guys you would ever meet.

Robert was a great teacher, role model, best friend, father, husband, son, brother and much, much more. Robert was the rock of our family. 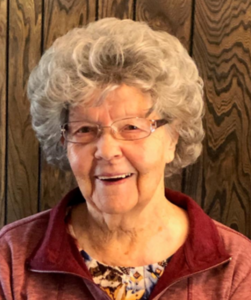 Mary Ellen Johnson, 96, of Libby, Mont. passed on peacefully into the arms of Jesus with her family by her side on Monday, August 16, 2021 at Home Sweet Home in Eureka, Mont.  Mary Ellen was born March 12, 1925 in Muncie, Ind. to Benjamin and Frances (Kern) Applegate.

As a young girl, Mary sang on the radio with her father.  They were sponsored by a bread company and this helped support the family during the depression. She moved to Montana in 1940 and in 1941 she married James Ellis Johnson in
Kalispell.

Mary was a busy woman.  Most importantly, she was a wife, mother and tutor. She was an electrician, plumber and a seamstress.

Mary was a General Contractor, responsible for over 40 homes in the Libby area. At age 70, Mary got her GED with honors!

She had been a member of the Libby Church of God,
Nazarene Church and most
recently the Libby Christian Church.

her from cleaning her
own chimney at age 80 and grounded her from the riding lawn mower at age 90!

According to her late husband, she baked the best pie in Lincoln County.

Rolf Franz Ernst Zilmer,
89, of Libby passed away on Friday, August 13, 2021 at the Libby Care Center. He was born January 23, 1932
in Manhattan, New York to Franz and Irene Zillmer. As a young child, Rolf spent some time in Germany and the
rest in New York where he attended school.

Rolf graduated from Woodrow Wilson Vocational High School in 1951 where he was a member of the track team.

He was a corporal in the United States Army during the Korean conflict.

Rolf moved to Los Angeles to begin his career and that is where he met the love of his life, Evelyn Joyce Shaw. They were married January 14, 1961 and lived in California and Montana.

He attended the Art Center Robert College of Design and worked as an illustrator, graphic designer, art director, artist, photographer and sculptor. He worked for the Children’s Press where he designed and photo illustrated a set of books about our National Parks.

Rolf is described as a
nationally acclaimed landscape printer and wildlife sculptor. His ability to combine canvas and paint with such detail to bring to life a landscape, animal or person was masterful. From a young age he enjoyed the feeling of clay in his hands.

Animals and birds became his inspiration for many of the sculptures he created.

He was a member of the
Oil Painters of America and belonged to and held offices for the California Art Club.

In 1998 he was made a
n Honorary Life Member
of that organization. Rolf received many honors and awards for both his oil paintings and sculptures. His work was shown at museum shows and many invitational art shows including Arts For
The Parks.

Rolf enjoyed traveling and backpacking with
Evelyn, as well as bicycle racing with many friends.

Rolf was preceded in death by his parents, sister Norma Ellis and wife Evelyn Joyce.

The world has lost a
master artist that brought much beauty into our world. We will miss you and Evelyn greatly.

Arrangements are by Schnackenberg Funeral
Home in Libby. 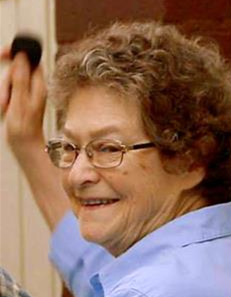 Georgianna Adella “Peggy” Dolezal, 87, passed away on August 12, 2021, following a rapid decline in her health. Peggy was born October 15, 1933, in Dickinson, N. Dak., the youngest daughter of Roy and Eyra Boomer.

When Peggy was 7,
she moved to Troy with her mother and older sister,
Eyra Ruth “Patty,” where
her mother taught in the rural Lake Creek School. They later moved to Libby where Patty and Peggy
attended Libby High School.

Peggy married Herman Dolezal in 1949, and they
celebrated their 70th and 71st wedding anniversaries together in 2019 and 2020. She was a devoted wife, mother, grandmother,
neighbor, and “special friend” to many.

She worked several years as the Secretary for the Lincoln County Superintendent of Schools, Robert Herrig. Peggy served as a Red Cross volunteer and as an Election Judge for many years.

Peggy and Herman were active in the Libby Church of God, where they attended for more than 60 years. Peggy loved the Lord Jesus and helped prepare communion and the weekly church bulletins. She also served on the Board of Directors of the church for many years.

Peggy and Herman were caring, loving Hospice volunteers for more than a decade,
so it was fitting that she chose her final days to be under the loving care of
Hospice.

In lieu of flowers Peggy would appreciate donations of Bibles in her name (Georgiana “Peggy” Dolezal) to Gideons International, P.O. Box 198, Libby, MT, 59923. 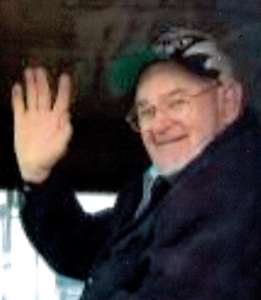 George joined the United States Army in 1962 as a Medic.  He received an Honorable Discharge in 1964.
He married his sweetheart, Bev Dunn, and they later divorced.

George worked for J. Neils Lumber then moved to Washington and worked in plywood for 20 years.  He later moved to California and worked for Charakee Freight Line for 10 years.  After his retirement he moved back to Libby.

George loved to dance to country music, hunt, fish and camp. He also loved riding his bike with the Rolling Thunder – a Christian bike run.

He just loved people and life! I don’t think he had an enemy anywhere.  He will be greatly missed.

Survivors include his sister, Diane Murer (Jack); his brother Ron Masters (Belinda); a very dear and close friend, Tim Amos; and many nieces and nephews.

George was a member of the Libby Christian Church where his Memorial Service will be held at 11:00 a.m. on Thursday, August 26, at
100 Kootenai River Rd.

Arrangements under
the care of Schnackenberg Funeral Home in Libby.

Online memories and
condolences may be shared at www.schnackenbergfh.com. 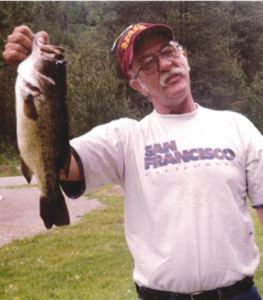 Larry Calloway, 73,
of Troy, Mont. slid gently from this life to the next,
on August 17, 2021. He was born November 7, 1947 in Blountsville, Ala. to Roy and Eunice Calloway. His family moved to Rockport Wash.
in 1955/1956 and Larry spent his youth between Washington and Alabama.

Larry worked a variety
of jobs in his lifetime, but
he liked logging the best.
He was also an avid outdoorsman.

He was preceded in death by his parents; his three brothers, Bill, Chuck, and Gary; his sister, Shirley, and his nephew, Tracy
Calloway.

Larry is survived by his wife, Susan Duve and their son Brian (Aimee) Duve of Troy; his grandchildren
Caitlin (Will) Northey of Butte, Austin (Kelsi) Duve
of Libby, and Delaney Duve of Troy; two great granddaughters, Miss Kinslee
Mae of Libby and Aaliyah of Butte; a sister Gloria (Danny) of Ala.; numerous nieces
and nephews, extended
family and friends; and his estranged son Larry D.
Calloway and his children.

Larry was a husband,
father, papa, brother, father-in-law, uncle, and friend. He will be remembered in our hearts forever.

No services are planned at this time. 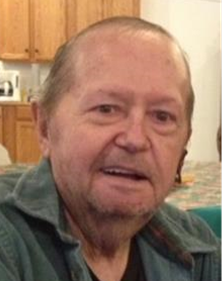 George Donald Whedon, 77, of Troy, Mont. passed away on Friday, August 6, 2021 at Cabinet Peaks Medical Center in Libby. He was born January 9, 1944 in St. Helena, California to George and Ruth (Richards) Whedon.

George served in the United States Navy from 1961 to 1965 and received an Honorable Discharge.

He was a journeyman
machinist at various places, the last being Simpson
Timber in Korbel, Calif.

On November 21, 1987, he married Denise Bucci in Reno, Nev. They enjoyed
34 happy years of marriage.

George was a lifetime
member of the VFW John E. Freeman Post #5514 of Troy, Mont.

He was an avid hunter and fisherman and so loved the mountains he lived in.  He was preceded in death
by a son, Raymond Gary Whedon.

Survivors include his wife, Denise Whedon of Troy; five children; sisters-in-law Darlene Smith and
Donna Rugani; and many grandchildren.

Arrangements are under the care of Schnackenberg Funeral Home.

Services to be held
Saturday, October 2. Time and place to be announced.

Arrangements  are by Schnackenberg Funeral Home of Libby.