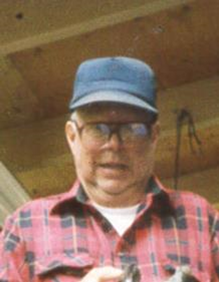 Frank R. Bache, 88, passed away peacefully at his home in Libby on Saturday, January 22. He was born on November 19, 1933 at Libby. He was the 4th born of 8 children to Esbon and Ethel Nixon Bache.

He married Sondra “Sandy” St. Onge on March 20, 1953; they were married for nearly 69 years. They lived in Libby where Frank worked with Bache Brothers Logging. He was an expert dozer operator and built many of the roads in the Yaak, Fisher River and other local areas.

Frank and Sandy moved to Anchor Point, Alaska in 1990 where they built a home and resided until 2005. They moved back to Libby so Frank could receive treatment for asbestosis.

He was preceded in death by his parents, a sister Bessie Grames, his brothers Bobby, Cecil and Fred Bache and twin infant granddaughters.

No services are planned at this time.  A memorial service will be held in the summer.  Arrangements are by Schnackenberg Funeral Home in Libby.  Online condolences and memories may be shared at www.schnackenbergfh.com. 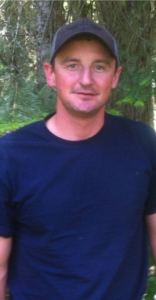 He graduated from Libby High School and attended one year of college in Bozeman, Montana.

David worked for Fun Beverage when he was in high school. He was employed by the Forest Service in Timber Fire, Hot Shot Crew, and was a Smoke Jumper in Missoula, Montana.

His wife and best friend is Dana Lennon. Dad and mother: Ray and Jane. Two brothers: Steven and John Edwards. Sister and brother in law: Raenelle and Sean Port of Tennessee. Nices family: Krystal, Blake, and Maddie Barber. He will be truly missed by friends and family. Services and get together are pending. Gifts and donations can be made to St. Jude’s Hospital for Children.

A full obituary will appear at a later date.  Arrangements are by Schnackenberg Funeral Home in Libby.  Online condolences and memories may be shared at www.schnackenbergfh.com.

Services are pending and will be announced at a later date.  Arrangements are by Schnackenberg Funeral Home in Libby.  Online condolences and memories may be shared at www.schnackenbergfh.com. 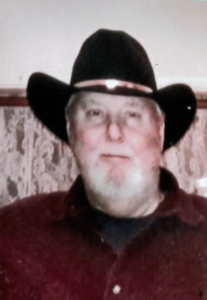 Richard L. Johnson, 80, passed away January 19,  at Libby Care Center of natural causes.  Rich was born to Orville & Frances Johnson March 12, 1941 in St Maries, Idaho. He received his education in St Maries and Coeur d’Alene. His first job was at Coca- Cola Bottling in Coeur d’Alene at the age of 14.

He moved with his parents to Happy’s Inn in the late 1950’s for a time and then to Libby.  In 1966-1969 he was in the Navy Sea Bees and did his tour in Vietnam. He worked for J. Neils Lumber Company then later Champion International, worked various jobs over the 30 plus years and then retired in 1993.

He married Debby McKay from Libby; in 1980 Richard “Richie” was born followed by Christopher “Chris” in 1984. Rich married Sandra “Sandie” Marquis in 2005. He moved to Angel Island in 1993 and lived there until his death.

Rich was preceded in death by his parents Orville and Frances Johnson, and a brother Dean Johnson all of Libby.

Services will take place at a later date and will be announced.  Arrangements are by Schnackenberg Funeral Home in Libby.  Online condolences and memories may be shared at www.schnackenbergfh.com.