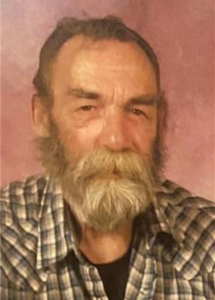 Our beloved father Leonard R Bowers, 80, of Troy Mont. passed away on Tuesday, June 14, as result of injuries sustained from a MVA on June 11. Leonard was born June 26, 1941 to Harry & Katherine Bowers.

As requested by Leonard there will be no funeral services. There will be a celebration of life June 26, 2023 at his favorite fishing place. Everyone will be welcome. You will be forever in our hearts and dearly missed each day. Until we meet again enjoy your hot pocket and fishing with Coco. “Yello, don’t know, whatever” til next time. 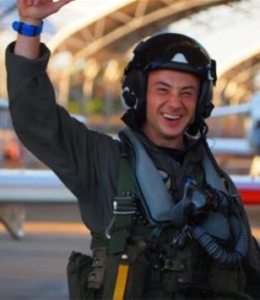 When asked how he would want to be celebrated, Lt. TJ Hall, Max’s Wingman, said, “Fast, Loud and Awesome!”. While he’ll be celebrated this way, he’ll be remembered as generous beyond belief, a genuine friend, passionate and relentlessly positive, and fearless.

Lt. Richard Max Bullock was born on February 13, 1993, in Butte, Mont. and died on June 3 during a training exercise, when the FA-18 Super Hornet he was flying crashed near Trona, Calif.  While taken far too soon, Max packed more into 29 years than most could ever imagine. He would start everyday with an intent on figuring out how to make the world a better place.

Max was generous. He spent his early life in Butte Mont., helping his family build the Jeremy Bullock Memorial Soccer fields, a tribute to his brother who was also taken too soon. He continued to support the Jeremy Bullock Foundation throughout his life. Max was also an entrepreneur. By age four, he was caught tolling his dad’s coworkers for access to their offices, by 15 he formed his first company, and when he passed, he had multiple real estate holdings and was the force behind an investment collaborative with his siblings and parents.

Max was genuine. He would strike up a conversation and build a friendship with everyone crossing his path, he would listen with interest and appreciation to any story. He gave the gift of long-term friendship openly and without reservation. While attending University of Alaska Anchorage, Max founded a chapter of TKE fraternity, a group dedicated to emphasizing personal worth and character. Many continue to remain close friends.

Max was passionate and relentlessly positive. He would dream of ideas that seemed crazy to most people but would shock them again when he presented a step-by-step solution to achieving them. He joined the Navy. . . to become a pilot. . . to become an astronaut. . . to get into space. . . to fulfill his dream of mining asteroids. From bikes to trains to planes to space, he always had a plan in motion to make the world a better place. His belief in himself was only matched by his belief in the goodness and equal ability of others. In every action and conversation, he conveyed that there are no limits on potential and possibility.

Max was fearless. No dream was too big, he was never afraid to hear no and never concerned by the unknown. He would give 100 percent of himself to the task at hand and was never afraid to try. One of his favorite sayings was “the answer is always no if you don’t ask”.  He also lacked a fear of heights, constructing an observatory platform over 60ft off the ground to better see the stars – to this day most of his family is still too afraid to make the climb which Max called the “Ladder of Destiny”.

Max began his military career in Rhode Island where he was commissioned as an Ensign after completing Officer Candidate School. He received the Lieutenant Thomas Eadie, USN Congressional Medal of Honor Award for receiving the highest average for academic and military training.

In 2017 Lieutenant Bullock reported to Naval Aviation Schools Command in Pensacola, Fla. for Aviation Preflight Indoctrination upon completion he subsequently moved to NAS Whiting Field, Fla., and primary flight school in the Beechcraft T-6B Texan II with the VT-6 Shooters.  The Commander of Air Wing Five presented Max with a Certificate of Merit in recognition of his superior performance.  He next reported to NAS Meridian, Miss. and the VT-7 Eagles for Intermediate and Advanced Jet training flying the McDonnell Douglas T-45C Goshawk. Lieutenant Bullock received his Wings of Gold and designation as a Naval Aviator in August 2019 upon which he reported to NAS Lemoore, Calif. and the VFA-122 Flying Eagles for fleet replacement training in the F/A-18E-F Super Hornet.

Max lived his life by his personal values of humility and gratitude; continuous growth and education; and honor, courage and commitment. Humility and gratitude shown through his positive attitude and his genuine love of and interest in people, and never expecting anything in return other than friendship.  Continuous growth and education exhibited from receipt of his bachelor’s degree from University of Alaska in Anchorage and his current work towards a second degree in engineering from Embry-Riddle Aeronautical University and Space mining from the Colorado School of Mines. Honor, courage and commitment every day of his life.

Max is survived by his parents, Bill and Robin Bullock, his siblings Josh (& Janice), Sam (& Jackie), and Kaitlyn and his puppy Amelia. He is also survived by grandparents, uncles, aunts, cousins, and many friends.

He was preceded in death by his brother Jeremy Bullock, Grandmother Pat Thornell, Uncle Rob Thornell and Grandpa Mike Bullock.

A celebration of Max’s life will be held at 2 p.m. on June 25, at the Montana National Guard Army Aviation Support Facility, 3333 Skyway Drive in Helena, Mont. and on June 22 at the NAS Lemoore in Calif. Friends are asked to share their stories and memories of Max at the celebration, in conversation with family and friends, and online at https://everloved.com/life-of/richard-max-bullock/ so that we can share Max’s life.

Memorial contributions can be made in Max’s honor to the Wingman Foundation, a program supporting the Bullock family in creating a foundation to support dreamers and entrepreneurs like Max in reaching their ambitions. 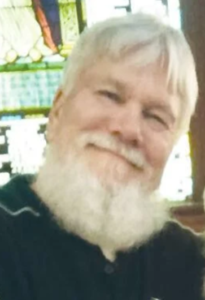 Ronald Glen Lake, aka “Montana” Lake, was born on May 4, 1953, in Libby, Mont., to Fay Natalie Powell Lake and Glen Woodrow Lake. He attended Libby Grade School and graduated from Libby High School in 1971.

After high school, Ron enlisted in the U.S. Coast Guard on Sept. 27, 1971, and served as a damage control engineer. He did a one-year tour of Vietnam. Upon returning to the states, Ron was stationed at Tongue Point, where he finished out his Coast Guard career and was honorably discharged in 1976.

He then joined the U.S. Army Reserve, and was stationed at Camp Rilea until he was reassigned to the Vancouver Barracks in July 1988, and on July, 22, 1988, he received a promotion to E-8, master sergeant. He retired in 1995 from the Army Reserve, but was always mindful of his training and experiences with the Department of Defense for the U.S.

On a civil note, Ron was employed with Astoria on Feb. 8, 1976, and worked in the shop on heavy equipment, as well as standard city vehicles, machines or any task that was required of him. In the mid-1980s, he was promoted to equipment maintenance supervisor, and remained in that position until a brain tumor surgery was necessary in February 1999.

He did return to work after six weeks, and remained there until his health indicated an early retirement. He retired after 25 years with the city, and soon went to work for the Wickiup Water District in 2002. Ron enjoyed the time he spent working for the water district. He remained there for several years, and then decided to try something new.

He started working for “The Bus” as one of the mechanics in the shop. Unfortunately, the job started in December, and ended unexpectedly in February of the following year. Ron wanted to do something more, and ran for one of the commissioner positions at the Wickiup Water District. He was elected to the board, and eventually was elected as the district president, where he served until his death.

Ron was always willing to stop and chat with anyone. He had the gift of gab, and could strike up a conversation with someone, and it would be like he had known them forever. He knew practically everyone by name whom he encountered at the local stores, and he would always have something funny to talk about.

He had a great memory for punch lines, and at times could tell one joke right after the other, along with his never-ending parodies.

Ron was an avid hunter and skilled outdoorsman. He hunted elk, deer, grouse and quail. The antelope he hunted in the summer of 2011 still hangs proudly in his living room. Ron also had advanced culinary skills, having been the dining facility manager for all those years in the Army Reserve.

Ron met the girl he would eventually marry in the summer of 1978, but they didn’t go out on their first date until the following year, on Aug. 18, 1979.

Ron and Debbie lived in Jeffers Garden until December 2012, when they moved into their new home in Knappa, on New Year’s Eve … it was a great anniversary that year!

Ron had a knack for dragstrip race cars. He owned a 1966 Plymouth Fury III. It had started out as a gold color, then he painted it purple with a white strip down the sides, and bubbles were incorporated in the side panels.

Everyone recognized him by the car he drove, and it was fast. He raced at the Woodburn Dragstrip for years, as well as the Portland International Raceway more recently.

It did have a face lift when Ron painted the car white, and strategically placed various decals on it. He did make several more runs with the car at Woodburn, but eventually he had to retire it.

So Ron was in the market for another race car, and bought a 1974 Plymouth Duster (Sublime Green) for the track. He also found a beautiful bright red 1966 Plymouth Sport Fury online, that he bought for the road and for car shows, that is still parked in his garage, only going out on sunny days.

Ron and Debbie’s daughter, Alydia, and her family, were his whole world. He was teaching her how to race his car, but she never actually was able to drive it down the track. Something she really wanted to do was share that part of his life, and eventually bring her son, Elliot, who just turned 2, into the racing picture.

He was so in love with these children and grandchildren. Alydia’s daughter, Karina, will be 6 in July and she is so smart … her “Pappy” Ron would be so surprised to see how much she has grown up already. They will miss him deeply.

Ron loved his kitties. Whenever he would find a kitten that had been abandoned by its mother, he would bring it inside and bottle feed them until weaned. Ron had one special cat, a seal point siamese named “Pyewacket,” after the siamese cat in the 1958 romantic comedy starring James Stewart and Kim Novak. He was Debbie’s “gentle giant.”

With Ron, there were no pretenses. You always knew where you stood with him. He was one who called a spade a spade, and he would not tolerate deceit. He was willing to forgive, but if you ever lied to him, he would never forget. He was always willing to help in a bad situation, and all you would have to do was ask.

Ron was an honest, hardworking, faithful, loving, caring man, and when people hear the sound of a diesel truck pulling up in the driveway, they will swear it is Ron stopping by for a chat … better put the coffee on.

He was preceded in death by his parents, Fay and Glen Lake; sister-in-law, Sally Luoma Gough; and brother-in-law, Evan Gough.

There was a celebration of life at the American Legion, Clatsop Post 12, in Astoria where Spaghetti, salad, garlic bread and dessert where served. And people brought their best stories and memories to share.