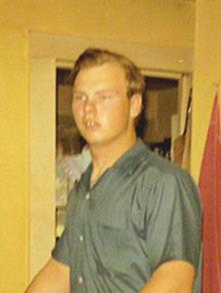 Brownlee Peppenger, always known as Brownlee, 74, of Libby, Mont. passed away Saturday, September 3,  at his home in Libby of natural causes.  He was born June 18, 1948 in Libby to Frank and Laura Mae (Bailey) Atchison.  Brownlee grew up and attended school in Libby until he was 17.  He later earned his GED.  After moving back to Libby, he went to work for J. Neils Lumber Company in the 1970’s and worked there as it changed hands with St. Regis and Champion International. He went to Helena after the mill closed, where he earned his truck driver’s license.

Brownlee enjoyed old cars; the old steam style tractors; trains; and watching TV, especially if it was shows about cars and trips.  He filled his time reading about cars and trains, as well as putting models of trains and cars together.  He also like drag racing and was a good mechanic.

He was preceded in death by his parents and youngest sister, Donna Peppenger.

Survivors include his sisters Barbara Kortte and Linda Kyriss; brother Bobby Peppenger, all of Libby; and six nieces and nephews.  A graveside Memorial Service for Brownlee will be at 11:00 a.m. Thursday, September 15, 2022 at the City of Libby cemetery.  Arrangements are under the care of Schnackenberg Funeral Home.  Online condolences and memories may be shared by visiting www.schnackenbergfh.com.

Please join friends and family September 17, at 4 p.m. at the
Trojan lanes for a
celebration of life for our dear friend Bill Orr 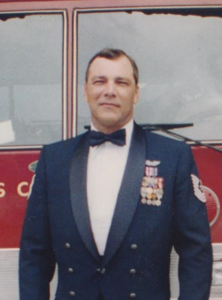 Stephen P. Mock, 75, of Libby, died on Thursday, August 25, at Lewistown in the Central Montana Medical Center after an illness. He was born December 28, 1946 in New Orleans, Louisiana to Walter Coe and Dolores McGee. He grew up in New Orleans on Johnson Street until the age of 17, when he enlisted in the United States Air Force.

Ascending through the enlisted ranks to Master Sergeant (E-7), MSgt Mock became very well decorated. After completing 3 tours in Vietnam as a Pedro Air Rescue HH-43 Huskie paramedic, he completed a 4th tour in place of his younger brother Gregory, who was expecting a child. He also became a Fire Chief during his service. MSgt Mock truly embodied the Pedro Air Rescue Motto.

During one of his deployments he sustained a life altering injury behind enemy lines. The HH-43 Huskie and crew were taking enemy fire forcing the aircraft to maneuver erratically, at which point MSgt Mock fell from the aircraft and was left behind in the Vietnam wilderness surrounded by the enemy. As any loyal soldier would do, in the event that he might find himself captured, he reserved the final round in his pistol for himself. Because of the injury he sustained that day, forty years later he awoke one morning to find him paralyzed from the waist down and would ultimately sacrifice his right leg.

Steve was a true Patriot through and through. An ardent lover of life, liberty and country who served his country with utmost integrity, honor and pride. Although he successfully transitioned to civilian life, he was truly a devout soldier until the day of his passing. He was also a fierce protector who would do anything for his family. Those who knew him and loved him adoringly called him “Bubba”, “Uncle Steve Bubba” or “Pedro”.

After being stationed in Kodiak, Alaska he moved to Coeur D’ Alene, Idaho, then finally established roots and settled in Libby, Montana where he spent the remainder of his days.

Traveling the world, fishing and hunting were some of the things he loved doing most. As an avid hunter, if Bubba wasn’t home, he was probably out in the middle of nowhere on a solo hunting trip looking for bear, elk, moose or deer.

Donning his Pedro hat, he was co-founder and contributor of Pedrorescue.org, a

website and newsletter devoted to the Pedro Air Rescue life as well as all things Pedro.

He is survived by his two younger sisters, Janet Coe and Marsha Coe, his aunts, Patricia Mertz, Loretta Pancoast and Kathleen Johnson as well as numerous nieces and nephews.

“THAT OTHERS MAY LIVE”.

Services will be at 2 p.m., Wednesday, September 14, at the City of Libby Cemetery with military  honors.  Arrangements are by Schnackenberg Funeral Home in Libby. Online condolences and memories may be shared at www.schnackenbergfh.com. 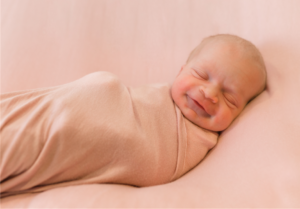