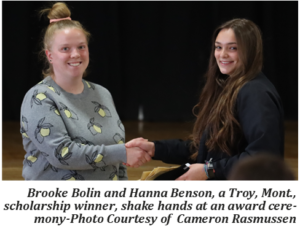 Every year, the Friends Of Scotchman Peaks Wilderness puts on a scholarship contest for local high schools. The organization gives $250 to a student from each school who writes an outstanding essay about their experience in wilderness.

“I never would have thought that Montana’s wilderness would bring me joy like no other,” wrote Hanna Benson of Troy High School. “It is to the mountains, the trees, and the skies of Montana that I give thanks for allowing me to create some of my best memories. “

This year we received many well-written, exciting essays, and it was difficult to pick just one from each school — in fact, there were a few ties this year. These teenagers showed passion for wilderness and the outdoors, and we enjoyed reading through each one.

“Just when I was at the point of being too tired to continue any further, we heard it; the refreshing and tell-tale chirp, that a cow elk makes,” wrote Jessica Lotze of Sandpoint High School about her wilderness adventure.

FSPW staff thank all students and schools who participated this year and congratulate the winners. They wish the graduating seniors luck as they continue their educational career.

Tony Rebo’s Hole in One 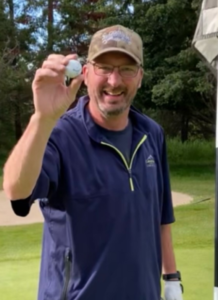 Tony Rebo at hole on one- 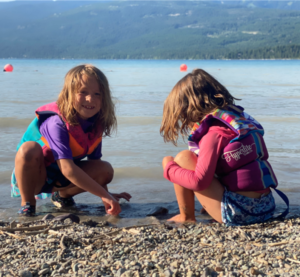 Come join us for an evening of fun while learning about safety around water. David Thompson Search and Rescue, along with its partners Montana Fish, Wildlife and Parks and US Army Corps of Engineers is offering tips on how to recreate safely on Montana waters.

There will be games and prizes for the children while the adults learn skills that may save a loved one. It all starts at 6 p.m. Thursday July 14, at Fred Brown Pavilion in Riverfront Park, Libby.

Topics to be presented will cover personal flotation devices, hypothermia, safe rescue techniques, rescue equipment, water craft capabilities, and much more. DTSAR will provide demonstrations of water rescue. It will be fun and informative and it is free. Join us.

The Libby Friends of the Library will have its next Book Sale on Friday, July 1, from 10 a.m. to 5 p.m. in the Book Sale Room downstairs at the Library.

The special features this month include selections about the history of our country, a variety of paperbacks perfect for light summer reading, and a special donation we received from the office of the late Senator Mike Mansfield.

We also have re-stocked our fiction and non-fiction books for all ages. Purchase of items is by donation, with all money received going to support programs for the Library.

Montana is one of the few non-coastal states where abortion remains legal after SCOTUS reverses 1973 Roe v. Wade decision

The majority opinion in Dobbs v. Jackson Women’s Health Organization, written by Justice Samuel Alito and co-signed by the court’s five other conservative justices, said that the court’s 1973 decision in Roe was “egregiously wrong” and was “on a collision course with the Constitution from the day it was decided.” The Friday ruling found that “​​procuring an abortion is not a fundamental constitutional right” and that individual states “may regulate abortion for legitimate reasons.”

Abortion will remain legal in Montana for the foreseeable future. State courts have considered abortion, like other protected medical choices, to be protected under Montana’s constitutional right to privacy since 1999.

Montana’s U.S. Senators, who split votes on whether to confirm the three conservative justices appointed to the high court by former President Donald Trump, had distinct responses to the ruling in the Dobbs case. Republican Sen. Steve Daines said the ruling “rightfully ends one of the world’s most horrific abortion policies” and “gives bright new hope to unborn children and their moms across America.” Democratic Sen. Jon Tester said the decision means “women and doctors will be put in jail” in some states and that “[n]o judge or politician should be telling women how to live their lives.”

Without Roe’s protections in place, 13 states are set to ban abortion entirely in the coming weeks, including Idaho, Wyoming, Utah, North Dakota and South Dakota. Many coastal states, such as Washington, Oregon, California, Maine, New York and New Jersey, have passed laws making abortion explicitly legal. Only a handful of states in the middle of the country, including Colorado, New Mexico, Minnesota and Illinois, have passed similar protective statutes.

The decision that declared abortion legal under the Montana Constitution, Armstrong v. State, is facing an active challenge through litigation over a series of abortion restrictions passed by the state Legislature last year. The slate of laws were blocked from going into effect by a district court judge in Billings last fall. The state of Montana has appealed that injunction to the state Supreme Court, with state attorneys explicitly calling for Armstrong to be overturned in their legal filings.

Republican officeholders in Montana echoed that call on Friday as they responded to the U.S. Supreme Court decision, noting that the demise of Roe v. Wade puts Montana’s abortion debates squarely before Montana judges.

“Today we celebrate the Supreme Court’s historic decision to correct a constitutionally wrong decision from decades ago that has harmed so many. As the debate over abortion shifts to the states, all eyes in Montana need to be on our own judicial branch of government,” Montana Senate President Mark Blasdel, R-Kalispell, and House Majority Leader Sue Vinton, R-Billings said in a joint statement. “Montana judges should rule based on the text of our state constitution, which doesn’t mention abortion at all, and overturn the activist and erroneous Armstrong decision.”

Montana’s Republican Gov. Greg Gianforte shared that celebratory sentiment in his own statement, calling the end of Roe a “historic win.” The governor stopped short of advocating for the Montana Supreme Court to reverse the Armstrong decision.

“With this monumental decision, the Supreme Court has restored power to the American people and their elected representatives,” Gianforte said. “I’m in discussions with legislative leaders on next steps as we work to protect life in Montana.”

Elected Democrats in Montana struck a very different tone on Friday, emphasizing the ramifications of the court’s decision for Montana and other states.

“With this decision, an all-out ban on abortion is on the table in a way we have not seen for decades,” said House Minority Leader Kim Abbott, D-Helena, and Senate Minority Leader Jill Cohenour, D-East Helena. “Now, our state’s Constitutional right to privacy is the only thing standing between Montanans and the politicians who want to control the most intimate aspects of our private decision making.”

Abortion providers in Montana have been preparing for a decision overturning Roe v. Wade since May, when a leaked draft opinion of Alito’s ruling was published by Politico. In an emailed statement on Friday, the political arm of Planned Parenthood of Montana reiterated that abortion remains legal in the state and will be accessible for patients around the country in the coming weeks and months.

“Although we are outraged and saddened by the ruling, it is important for Montanans, and for people in neighboring states, to know that abortion remains legal here. Our state constitution’s right to privacy has long protected Montanans’ right to make private medical decisions without interference from politicians,” said Planned Parenthood Advocates of Montana President Martha Fuller.

Fuller said her organization’s clinics remain committed to providing patients with abortion services and other health care, and “will continue offering the non-judgmental, high-quality care our patients depend on them for — regardless of who they love, where they live, and how much money they make.”

There are currently five operating abortion clinics in Montana: All Families Health Clinic in Whitefish, Blue Mountain Clinic in Missoula, and Planned Parenthood of Montana clinics in Great Falls, Helena and Billings.