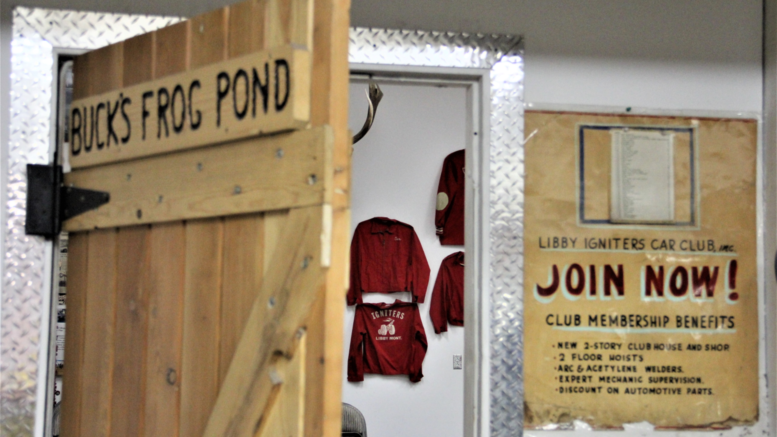 Section 2. To create good
sportsmanship and fellowship among the members.

Section 3. To uphold the
principles of good government.

Section 4. To conduct club operations and actiitiess in such a manner as to bring about a clearer understanding on the part of the public, the press and law enforcement.

Section 5. To promote safety in automobile maintenance and operations.

Before acquiring their current barn on Hogan Drive, Igniter members would meet downtown at Buck’s Frog Pond following their workdays in Libby. Today, Buck’s no longer stands, but Igniters still pass through the old front door now mounted on their meeting room where club members now meet to drive their traditions into the future. (Photo by Stacy Bender) 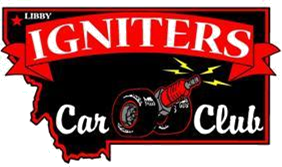 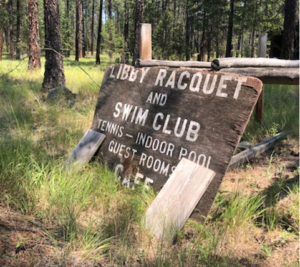 A sign of its time now rests at the end of 290 Paradise
Place in Libby. Yet the stories it tells can be heard from generations of local residents once touched by the legacy of love for the
sport of Tennis which Herb Neils sowed into his community.
(Photo by Stacy Bender)

As written and documented
by Pat Neils

Probably all of the Old-Timers in Libby, Montana have heard of Julius Neils, the founder and owner of the J. Neils Lumber Company. And then have also probably heard of and maybe even remember his son, Walter Neils, who managed the Libby Mill while other family members managed other Neils’ operations in Washington and Oregon.

Julius Neils was born June 15, 1855, near Treptow at Tribus, Pomerania in Eastern Germany. His ancestors had migrated there from Denmark. Along with his parents and siblings, Julius immigrated to the United States in 1872.

They lived for sixteen years in Wisconsin and then moved to Minnesota where Julius worked first in a hardware store and then in the lumber business. He eventually formed his own lumber company. After six years in the Cass Lake area, however, lumber became scarce, so the J. Neils Lumber Company began buying timber lands further west.

In 1914, while in partnership with Thomas H. Shevlin, Julius Neils purchased the lumber mill and 70,000 acres of timberland from the Dawson Lumber Company located in Libby, Montana. After World War I, he bought out the Shevlin interests in Libby. By then the J. Neils Lumber Company owned other property in Washington and Oregon as well. Julius’ son Walter became manager of the Libby plant in 1919 and remained so until it was sold to St. Regis Paper Company in 1959.

By that time, according to The Western News (Jan. 3, 1957), “The J. Neils Lumber Company had 300,000 acres of timber… One of the largest privately owned stands of raw timber in the Northwest. 200,000 acres were in Kootenai country (Lincoln County) and nearly 100,000 in the Klicktat River drainage area in southern Washington.”

For forty years the J. Neils Lumber Company was the economic mainstay of Libby. Throughout those years it not only provided jobs for the majority of the people in Libby, but was also noted for its farsighted conservation logging practices. The “sustained yield/selective logging” policies provided that only mature trees would be cut and the forest would continue on forever, preserving the beautiful forest while at the same time providing for the needs of the community.

While Walter Neils managed the Libby Mill and preserved its conservation practices, he also served as a humanitarian contributing generously to the Libby community by donating land for recreation areas;money for the construction of a hospital; a church, and much more. During the Great Depression of the 1930s, Walter Neils kept the community employed at the mill even though it was losing money during those years.

Walter and his wife Alma (Meese) had four children:
Edward, Richard, Herbert and Marilyn. All three boys worked for the lumber mill in various capacities and were drafted in the U.S. Military during World WarII. Herbert, youngest of the three, served in the Army Air Corps. After the War, he attended the University of Montana and while there developed his interest in tennis which his father had taught him to play.

Instead of pursuing a career in the lumber business, Herb decided to build and dedicate himself to a sports facility. With that goal in mind, around 1960 he acquired property on the north side of Libby and began plans to construct the Libby Racquet and Swim club. Herb’s club consisted of a Montana State competition-size indoor swimming pool and six tennis courts.

Herb was personally and integrally involved in the construction of the tennis courts and was determined that they would be built to the highest standards of United States Tennis Association (USTA) court construction specifications. The several acres of surrounding lawn, along with the hundred-year-old trees which formed the backdrop to cut the wind contributed to the best place to play tennis in the State of Montana.

A sign of its time now rests at the end of 290 Paradise
Place in Libby. Yet the stories it tells can be heard from generations of local residents once touched by the legacy of love for the
sport of Tennis which Herb Neils sowed into his community.
(Photo by Stacy Bender) 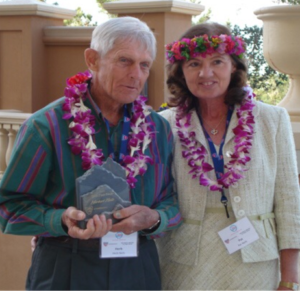