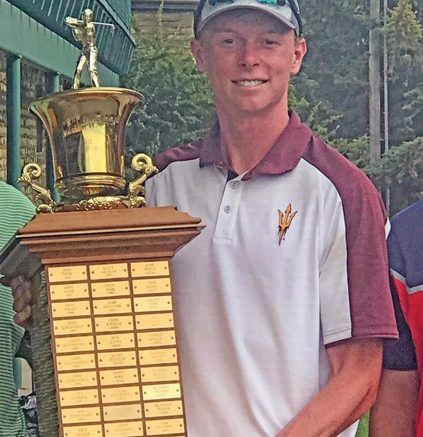 The Montana State Golf Association tournament was held from July 19 to 21 in Butte at the Butte Country Club.

The tournament included many of the state’s best golfers of all ages, and Johnston won the whole thing with an 8-shot lead.

Johnston finished the tournament with a round of 67, three under par, for a three-round total of 197, 13 under par.

He shot a 62 round on Friday, July 20, which set an all-time single round record for the tournament’s 101 year history.

These achievements will be added to Johnston’s numerous others including  three high school state championships and  both class A and class B all-time state tournament records.

This was Johnston’s first time participating in the state amateur competition.

After his 62 round on Saturday, Johnston’s  entered the final round with a seven shot lead and he played the front nine holes with a par on eight holes and a birdie on one. Johnston made three more birdies on holes 12-14.

Johnston will begin his senior year at Libby High School this fall and has committed to attending Arizona State after graduation.

Accurate data is not available for all of the 101 Amateur Champions, but it is likely that Johnston is the youngest.

At this rate, Libby’s Johnston could end up a professional golf legend. Still in high school, Johnston has already been ranked as well as 2,985th by the US Golf Association of all of the amateur male golfers in the whole world. 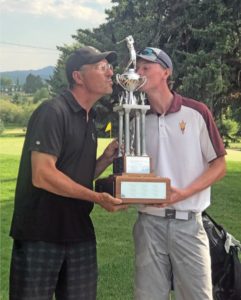 Johnston and reigning Montana State Mid-Amateur Champion, Joe Cielak of Libby brought home the Barnett Trophy for the low two-day two-player score from the same club. They have been awarding the Barnett trophy since 1967, and this is the first time that members of the Cabinet View Golf Club have ever won it.