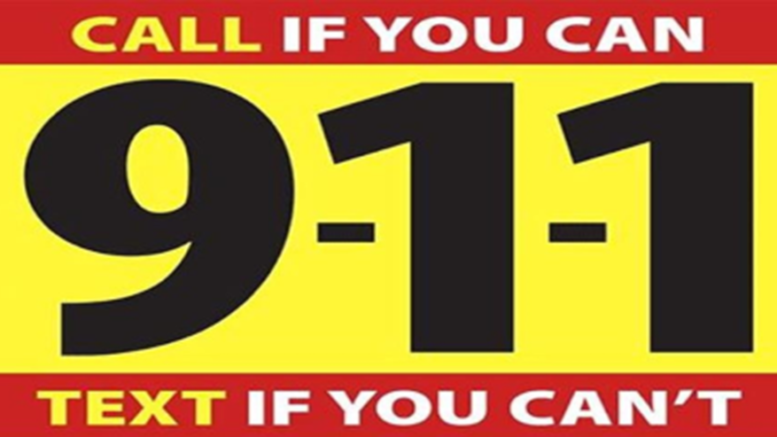 Citizens across Lincoln County are now able to send a short message service (SMS) text message directly to 911 for emergency help when unable to make a 911 voice call. Text-to911 has been implemented with Verizon, T-Mobile, legacy Sprint., and AT&T. Text-to-911 is a life-saving public safety service that is meant to complement existing 911 services.

Text-to-911 was not developed as a replacement to a voice call to 911 in an emergency situation, but rather as an enhancement to reach 911 services in certain situations:  When the caller is hearing/voice impaired or a medical emergency renders the person incapable of speech; when speaking out loud would put the caller in danger, such as a home invasion, a domestic violence incident, or an active shooter scenario; and/or when on the edge of the cellular network where there might not be voice coverage, but text messages can get through. When in an emergency situation, all wireless callers should remember to “Call 911 if you can; Text 911 if you can’t.” 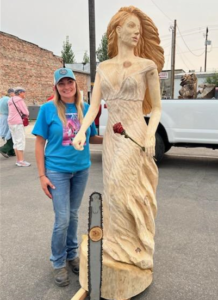 Marina Cole takes the prize in the Clash of
Carvers. On Sunday September 11. 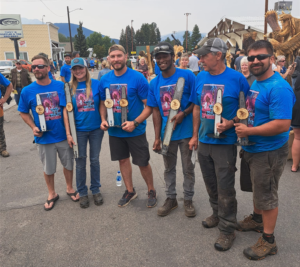 The Co-op invites the public to Electric Vehicle Day

Interested in speaking with local Electric Vehicle (EV) owners, enthusiasts, and experts to learn more about the electric cars and trucks that are increasingly visible in the Flathead Valley? Do you have questions about purchasing an EV or preparing your home to charge an EV? Would you like to take an EV for a test drive?

In recognition of National Drive Electric Week, Flathead Electric Cooperative invites the public to Electric Vehicle (EV) Day on September 29, 2022. Co-op staff, local EV owners, and representatives from car dealerships will be on hand to answer questions. EV test drives will be available from local dealerships and the Co-op, which owns a few EVs for research and development purposes. To test drive, you must be a member of Flathead Electric Cooperative, hold a valid driver’s license, have proof of auto insurance, and be age 21 or over.

Flathead Electric Cooperative’s EV Day is from 10 a.m. to 4 p.m. at the Flathead County Fairgrounds, Trade Center Building. Themed “save your gas for the grill,” the event includes a free cookout lunch starting at 11 a.m. This event is free and open to the public. Door prizes include a $200 electric bill credit for members of Flathead Electric Cooperative and an e-bike rental. Pre-registration is encouraged at flatheadelectric.com/EVday.

Co-op members with questions may call Will Tutvedt, Community Outreach Specialist, at (406) 751-4471. 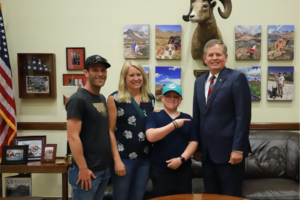 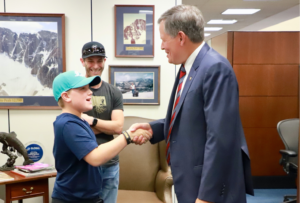 The Senator had a great time meeting with a wonderful family, the Williamsons, from Troy on September 8.

“Meeting with Montana families always brightens my day in DC. Thanks for stopping by all the way from Troy, Mont.!” Says Steve Daines

On Wednesday, September 7, a Kalispell couple were sentenced in U.S District court for their roles in a scheme to steal hundreds of pieces of mail from rural mailboxes in Lincoln and Flathead counties and use credit cards found in the stolen mail to defraud businesses.

Michael Thomas Kullberg, 34, was sentenced to 31 months in prison, to be followed by three years of supervised release. Kullberg pleaded guilty in May to theft of mail, wire fraud and aggravated identity theft.

Kullberg’s wife, Jennifer Don Smith, 38, was sentenced to 32 months in prison, to be followed by three years of supervised release. Smith pleaded guilty in May to wire fraud and aggravated identity theft.

Both Kullberg and Smith were ordered to pay $2,302 restitution, which consisted of the fraudulent charges and reimbursement for stolen mail.

In court documents, the government alleged that on at least two occasions in March and April 2020, Kullberg, while wearing a GPS unit for a previous felony conviction, stole mail and packages from rural mailboxes of at least 300 residents in the Eureka, Libby, Kila and Marion areas. Kullberg also stole at least two credit cards from the incoming mail, and used them, while wearing his GPS unit, to make fraudulent charges at various businesses Eureka and Kalispell.  Smith conspired with her husband to use stolen credit cards taken from the victims’ mail and personally tendered the cards. The investigation found that the stolen mail was dumped along roadways, ditches and other public areas. Dozens of residents reported the loss of packages, letters, bills, outgoing checks and personal identifying information. Kullberg later denied that he stole mail or used anyone else’s credit card without permission. When asked why his GPS unit placed him at the scene of the thefts, Kullberg explained he was driving around fighting with Smith in the car.

The case was investigated by the U.S. Postal Inspection Service, Lincoln County Sheriff’s Office and Montana Probation and Parole.

While smoke is in the air, it is a good time to recognize that, in Lincoln County, major progress is being made in taking action to reduce wildfire risk by the Forest Service and other land managers.

A strong focus by local officials to identify priorities for treatment, and get work done on the ground, is really paying off and showing results. A great many people in our community are working on these efforts and they surely deserve our gratitude.

Many acres of fuels treatments are already underway, additional projects have been recently approved and more large-scale projects are in the works. Treatments typically include thinning plus reduction of understory and ladder fuels, sometimes in conjunction with prescribed margins along roads.

This work is prioritized to focus on the Wildland Urban Interface. Landowners in the WUI can expect to see harvesters, masticators and other equipment near your backyards, working to create conditions that are unfavorable for dangerous fires. In addition, there are considerable resources available to landowners to design and execute projects on their own private property. Much information can be found at www.fireadaptedkootenai.org

Thanks to extensive work in recent years to inventory and analyze the best opportunities to take action, our community is now in a good position to utilize extra resources provided by Congress to address wildfire threats in the West. A prime example of this is the news that the Kootenai was one of only 10 areas in the West to receive one of the Initial Landscape Investments from the Infrastructure Bill, $19.3 million to expand local risk reduction projects.

Another key example is the U.S. Forest Service’s decision to grant $1.2 million in 2022 Joint Chiefs funding to the Kootenai for the Libby Surround Stewardship Project. These projects will address priorities identified in the Lincoln County Community Wildfire Protection Plan and Montana Forest Action plan, which were developed with the help of local experts and advisors.

Homeowners also have an important role to play in community wildfire protection, by ensuring their structures and landscaping are clear from flammable materials, and less vulnerable to flying embers which are the main cause of home ignitions.

The Kootenai Forest Stakeholders Coalition wishes to express our appreciation for the many people and agencies who are pitching in to help protect our community and its resources.