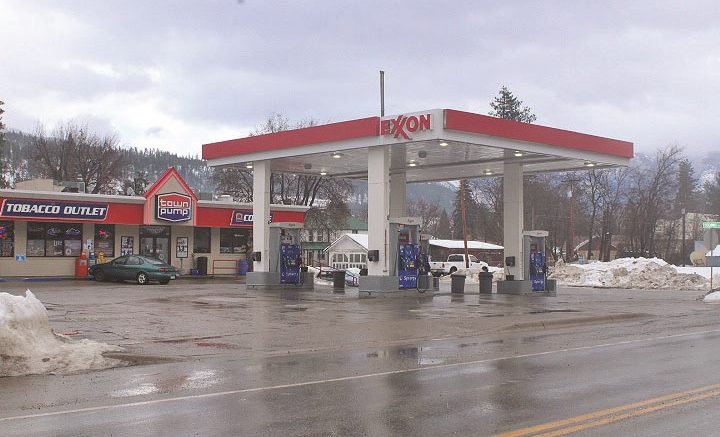 By Stacy Walenter
Representatives from Town Pump attended the Troy City Council work meeting on January 10, 2018 to discuss plans to expand the company’s gas station and convenience store on Highway 2 in Troy.

The new facility would utilize the current location as well as land on the adja-cent block. Town Pump plans to more than double the size of the convenience store from its current size of 3,500 square feet to 8,000 square feet.

The larger building would extend out into Sec-ond Street, meaning access would be blocked from Highway 2. Second Street is currently the preferred thoroughfare for people visiting the Troy Post Of-fice. In an email dated Jan-uary 18, 2018, Dan Sampson, Construction and Development Manager for Town Pump, explained that blocking the street is the safest option for the new design.
“This design eliminates pedestrian/vehicle conflict that would exist if the fuel-ing islands were on one side of the street and the building on the other,” Sampson wrote. “It signifi-cantly improves pedestrian to vehicle conflict (especially students cross-ing from the school) by eliminating one leg of traf-fic and providing updated and safer means of pedes-trian travel for the public.”
Sampson said that this layout will reduce conges-tion caused by fuel deliver-ies to the underground storage tanks. He also said that the new building would act as a buffer, blocking highway noise for the neighborhood behind the property. Town Pump will also be adding land-scape buffers and six foot fences to further protect residences from the noise and lights of the station itself.
Town Pump has also promised to use its promi-nent presence to provide signage for local business that are not visible from the highway.

Town Pump represent-atives and the council also discussed the state of side-walks around the property. Though improving the sidewalks around their location is part of the plan, should it be approved, Sampson also committed to improving sidewalks all the way to Third Street.

At the city council meeting, Mayor Dallas Carr expressed concern about flooding that has been problematic for that area of the highway due to out-dated drainage systems. Joe Murphy, a professional engineer and partner at Big Sky Civil and Environmen-tal Engineering Firm, said that if the project is ap-proved, they will conduct a full hydraulic study to ex-plore the ways that their construction can help alle-viate these issues. 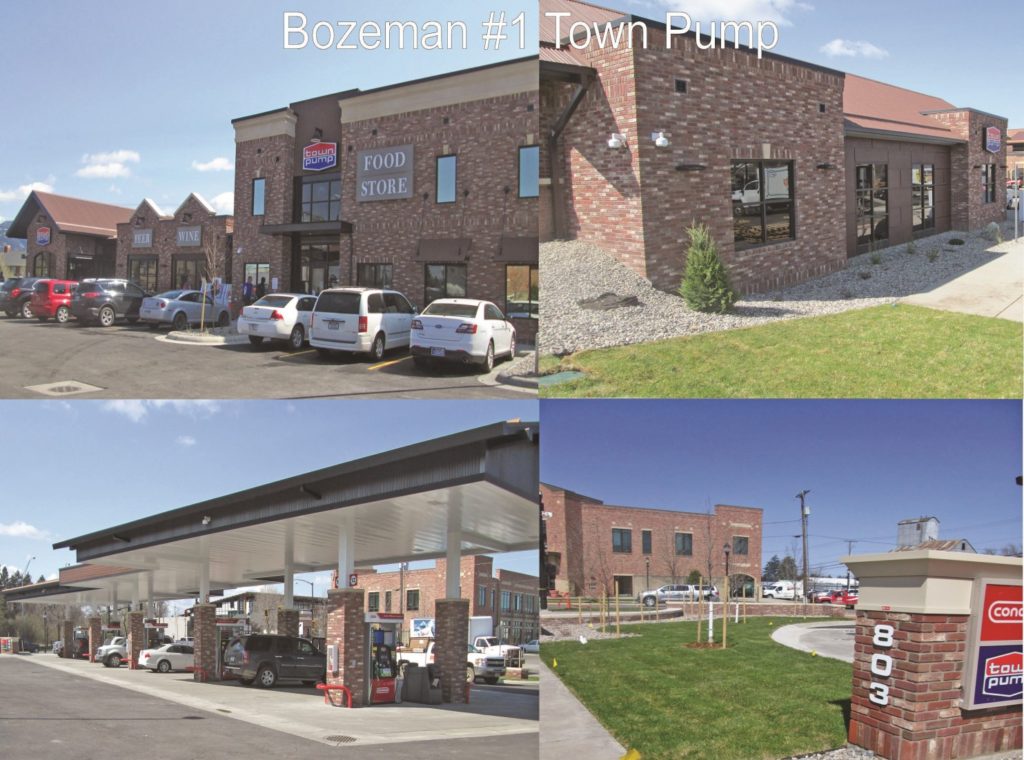 As word of the expan-sion spreads in Troy, many residents are worried that the new building will fea-ture a casino. Montana Code Title 16, Chapter 3, Part 3, however, forbids a casino because of Town Pump’s proximity to Troy Jr./Sr. High School. Town Pump also provided a let-ter to the mayor and coun-cil stating that they have no intent or desire to build a casino on the property.
At the meeting, Town Pump District Manager Trina Austin, who is from Troy, estimated the ex-panded store would create six to ten new jobs in the city.

When asked if there were any other benefits for Troy besides employment opportunities and the im-proved sidewalks and drainage systems, Dan Sampson wrote: “This pro-ject will include an estimat-ed $3.5 million investment into the community of Troy which in turn creates an increased tax base.” He added that the new site will be more attractive and energy efficient.
The Troy City Council and Town Pump are eager to work with the citizens of Troy and discuss the pros and cons of the expansion. A public meeting has been scheduled to help residents understand the plans and give them a forum to ask questions.

“There may be things we haven’t thought of,” Sampson said. “We want to hear the public’s input and concerns and make sure we’ve got them ad-dressed.”
“We want to do this as a community member,” Austin added. “We want to see Troy succeed as much as you [the city council] do.”
The meeting is sched-uled for Wednesday, Feb-ruary 7, 2018 at the Koote-nai Senior Citizens Center at 6pm. The Senior Center is located at the corner of Kalispell Avenue and Third Street in Troy.

Top: Town Pump’s current location on Highway 2 in Troy. With the expan-sion, the store will extend into Second Street. The block to the right will house the fuel pumps and the lots behind it, where there is still a house, will house underground fuel tanks and additional parking. Emergency vehicles will still have access to Second Street through the parking lot from the highway, if nec-essary. Photo by Stacy Walenter. Bottom: This photo gives an idea of what the expansion could look like. Photo courtesy of Dan Sampson.