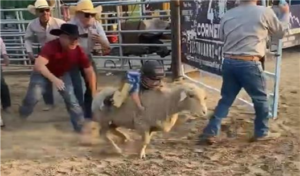 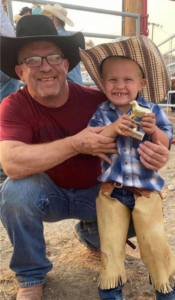 “Yeah. Libby Cowboy! This is how it started. The first time I saw P.J. was on a sheep,” shared the
announcer at the Tobacco Valley Rodeo Association’s big event this past Saturday, July 24 in Eureka. Going on to tell the rodeo fans that what they were witnessing was

Cashton Morrison has often been spotted atop the 6 ft. practice bull at home with his dad in
preparation for this,

Those who know the family

understand it truly is in three-year old Cashton’s blood, given his dad, PJ Morrison, is a former

professional bull rider and his big brother, Zack, is soon off to Texas on a full-ride scholarship to
travel the collegiate circuit in both
saddle-bronc and bull riding . 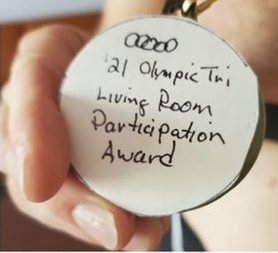 Sunday, July 25, Libby Logger alum Nathan Spain was spotted racing along with the Olympic athletes during the Men’s
Trialthlon event. 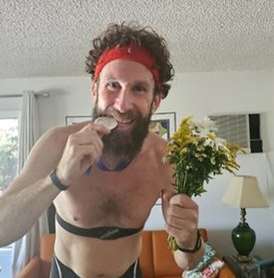 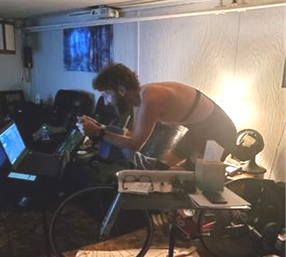 Nathan’s neighbor caught wind of his efforts that afternoon and came to the door with what they felt were due rewards for
his efforts. 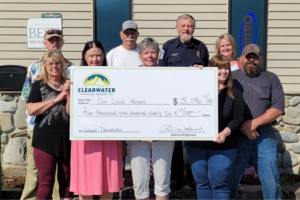 Since its founding in
1993, Clearwater Montana Properties has emphasized community-building as a key component of its
company culture. Through its Charitable Giving
Program, the company’s Agents give back a portion of all real estate proceeds to the communities in which they were earned. To date, the program has produced over $706,315 in charitable donations to causes throughout Montana, Idaho and Washington.

“Each year, Clearwater and our agents give a
portion of each commission earned to an entity of the agents choosing in the
community in which it was earned,”  said CEO and
Broker, Kevin Wetherell. “We are very grateful
for the business that we receive from each of our valued clients that enables this support within our
communities.”

“We are so grateful and appreciative for what all the non-profits do within our small community.
We love giving back,” said both Josie and Sharon.

With nearly 100 Real Estate Advisors throughout the region, the effects of Clearwater Montana
Properties’ donations have been and will continue to be far-reaching and impactful.

Clearwater Montana Properties, founded in 1993, is Montana’s largest real estate brokerage firm
with a network of over 32 office/agent locations across the northwest states it serves. Clearwater
focuses on providing quality customer service, superior market knowledge, and giving back to the
communities we serve.