City of Libby continues to have issue regarding Snow Removal

“We continue to have issues with snow removal in the City of Libby…Libby PD would rather not have to issue citations and tow
vehicles.” wrote Chief of Police, Scott Kessel.

Below is relevant ordinances for parking and sidewalks regarding snow removal:

It shall be the duty of any occupant of any premises within the city limits or in case the same are unoccupied, then the owner or his agent, to keep the sidewalks in front of and adjoining his premises clean and safe for pedestrians, and to repair the same from time to time. The occupant, owner, or agent shall, with reasonable dispatch, remove snow, ice, slush, or mud, or other impediments to safe and convenient foot travel and prevent the continuance and accumulation of the same. A violation of any provision of this section is a municipal infraction punishable as set forth in Section 1.28.010.

During the period of November first through March thirtieth of each calendar year, so as to facilitate snow removal procedures within the city, no vehicle shall be parked: 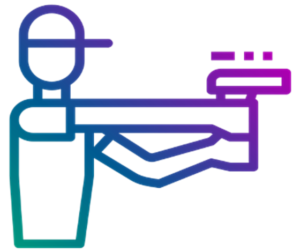 Shooting clubs, private organizations, local governments and school districts have until Feb. 1 to apply for a shooting range improvement grant.

The Montana Shooting Range Grant Program provides partial funding to establish or improve shooting ranges throughout Montana. Montana Fish, Wildlife & Parks has administered this grant program since 1989 with funds generated from the sale of state hunting licenses. The goal of the program is to provide safe, accessible and diverse opportunities for a variety of shooting interests statewide.

To learn more about the Shooting Range Grant Program and to download this year’s grant application, visit FWP’s website at fwp.mt.gov. Online registration is available at https://fundingmt.org. For more information, call 406-444-9947. 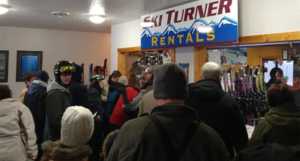 Turner Mountain was at full capacity on Saturday. The rental shop was very busy, and parking was to the brim. Mountain conditions were pretty fair overall, but the warming temperatures have compacted the snow a bit. Photo by Ashley South, The Montanian.