Todd Berget I want to say thank you for everything you have done for our community, you were one of the nicest and kindest guys that I had the privilege to know and to call my friend. The town of Libby just wont be the same with you gone. Me and my family will cherish our bigfoot heads you made for our fence for the rest of our lives. Rest in peace my friend, and fly with the eagles. Amen.

This was one of the first eagles, I believe, that Todd Berget put up in Libby. We closed off the highway that night in front of Mountain Meadows Gifts and did it about 11 in the evening so there wouldn’t be as much traffic. In the middle of the chaos, Todd came running in the store and asked if I had some things to put inside the belly before he welded it shut….said something to the effect of being a time capsule. I rose to the occasion and ran around the store picking out “things.” I shall never forget that night! I think it was August of ’98. I am not sure how long it remained there, but when it started leaning they moved it. 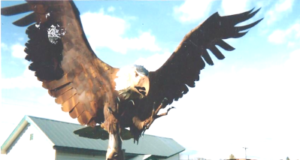 One of  Todd’s last completed projects, eagle #98 done for Tracy and Zach McNew. 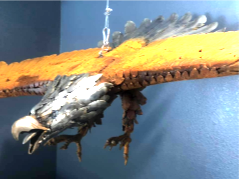 Mr. Berget and the work he and his students did for our pos: He was a great friend and supporter of our club. We will miss him, and respect the contributions he has made. His “Mark“ is definitely stamped on our facility. 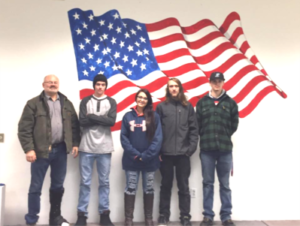 Todd and I actually met at the art show in Sandpoint years ago. We discussed wind chimes. He made chimes as do I.

He wanted to see Libby step more into the art world. He worked with a group wanting to create a ‘Bridge of Voices.’ Wanting my chimes to be part of his dream. 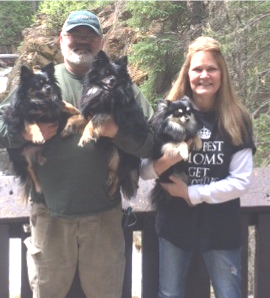 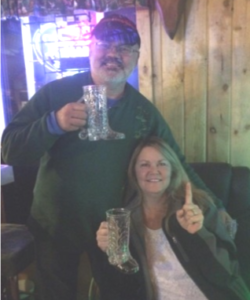 Todd graciously opened his house in the Yaak for the girls’ soccer team to build comradery between the teammates. 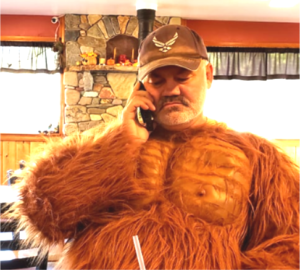 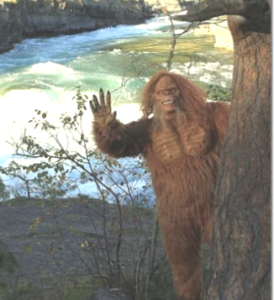 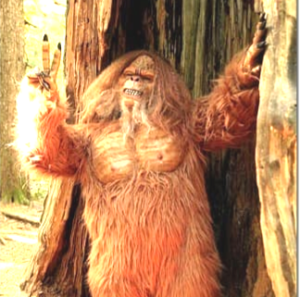 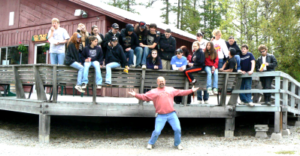 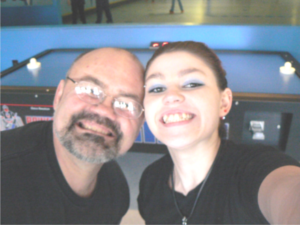 I met Todd my eighth grade year. A troubled teen with colored hair, dressed in all black and had already experienced a lot in life. He pushed me, but in a good way. He knew when I could do better and believed in me more than I did myself at times. There was one time my lip ring stripped and I could not get it off. Todd took some pliers sat me down and got it off. But of course with the whole class watching and him making jokes. He kept that lip ring in his desk for the longest time.

Todd was my friend. He made you a better person. I feel bad for all of those who hadn’t had Todd touch their life. Two weeks ago Todd and I got together to take pictures of his beloved Sasquatch in some of the most beautiful places in Kootenai Country. Ross Creek Cedars and Kootenai Falls. We just had a blast. We both just love our little home town. It was just a way of bringing attention to Libby. It was a day filled with fun and joy. He put big smiles on peoples faces that we met along the way and a fun photo op for them with the real Sasquatch. He was the real Sasquatch, bigger than life and a heart even larger. I wrote on Facebook about him that sums up how I felt about him: We lost a gift today, Todd Berget. I still can’t even wrap my head around it, let alone my heart. What an incredible treasure he was to our community and all who called him friend. He dearly loved Libby and our surrounding area. There is nowhere in our little town that you won’t see a gift from Todd. Whether it is one of his outstanding eagles, his fun loving Sasquatch, his gorgeous paintings, his Logger boot prints, or the encouragement, pride and talent he put into his students’ souls. There is only one Todd Berget and I feel so blessed to call him my friend. You will be missed beyond words.