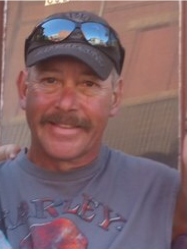 Arthur Thomas Hall, “Tom”, age 56, of Libby, passed away on November 11, following a heart attack. Tom was born on May 21, 1963 in Spokane, Wash. to Arthur and Jean Hall. Tom graduated from Libby High School in 1981 and then went on to complete trade school, which led him to a career as a mechanic. Tom was a man of many talents including being an accomplished mechanic and welder. Tom loved his cars and Harley motorcycles.

Services were held at the Libby Christian Church on Nov. 23 at 11 a.m. 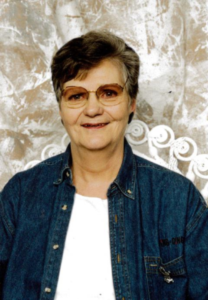 Josephine L. (Bushnell) Chapel, 84, of Troy, better known as “Gramma Jo” went to be home with the Lord on Wednesday, November 13, 2019 at Cabinet Peaks Medical Center in Libby. She was born to Ray and Leona (Boomhauer) Bushnell on February 20, 1935 in Minot, ND. She was the fifth of eight children. She graduated from Minot High School in 1953 and moved to Troy, where she met and married the love of her life, Lonny Chapel on July 2, 1954.  Together they had five children and one adopted daughter.

Gramma Jo found happiness in serving the Lord, her family, and the Troy community. She showed this love through her love of children of all ages; volunteer work; service for the Troy community; and the kindness she showed to everyone she encountered.

She was preceded in death by her husband Lonny, adopted daughter Willie, sons-in-law Don and Roger, daughter-in-law Billie and granddaughter Shannon.

Services were held at 2 p.m., Saturday, Nov. 23 at the Troy Community Baptist Church. Viewing was from noon until 1:30 p.m. at the church before services. A pot luck followed after graveside services. Arrangements are under the care of Schnackenberg Funeral Home in Libby. Online condolences and memories may be shared at www.schnackenberg fh.com.