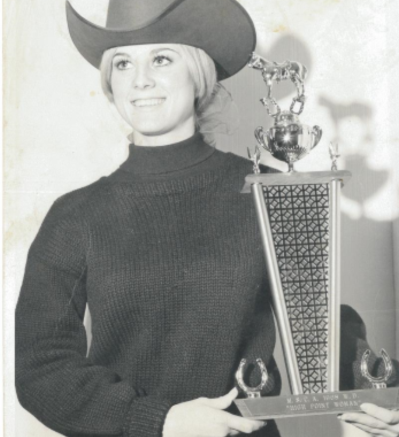 Lynda M. (Slauson) Paulson, 68, of Libby passed away on Friday, August 2nd, 2019 at Cabinet Peaks Medical Center. She was born June 1st, 1951 in Libby, Montana.  She was lovingly raised by her grandparents Nelle and Hugh Slauson.  She attended school in Libby and graduated Libby Senior High School in 1969.  During her school years, she was very active in singing and had a beautiful voice.

Lynda loved high school and was involved in all aspects.  She was a proud Libby Logger cheerleader, an avid horseback rider, and a champion barrel racer.  After graduation, she attended Montana State University and later moved to Washington where she lived in the Tri-Cities and Spokane.  She returned home to Libby in 1987 where she spent her remaining years.

Her joys and passions were gardening and receiving 1st place ribbons at the Lincoln County Fair for her prize pies and home grown garden vegetables.  She was a fabulous cook and enjoyed sharing her garden’s bounty with family, friends, and the Libby Senior Citizens Center.

Survivors include her husband Lowell; daughter Brook, son-in-law Jeff Gouge and two grandchildren Mackenzie and Spencer; her sister Claire of Spokane, and numerous cousins and friends.

Services will be at 11:00 a.m., Friday, August 16, 2019 at Libby United Methodist Church.  Arrangements are by Schnackenberg Funeral Home in Libby.  Online condolences and memories may be shared at www.schnackenbergfh.com.