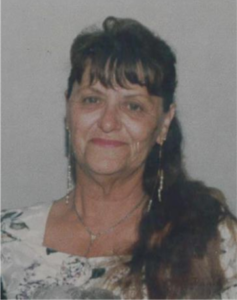 Earlene Marie Sarnow, 81, of Libby, passed away peacefully at her home on June 4,  She was born in Bakersfield, California on December 28, 1940 to Homer and Goldie Harris.

Earlene had many passions in her life from raising sheep and other animals on their farm “Fort Sarnow” in Troy.  She loved bowling in a league with her daughters; enjoyed being a bus driver for Harlow’s and working at the Libby Care Center.

Earlene was preceded in death by her loving husband of 60 years, Arthur Sarnow; a son Rocky Sarnow and 2 sons in laws Lyle Jones and Larry Richards.  She will be missed by many and lovingly remembered.

How did a young man from Ohio and a Bonners Ferry lady story begin?

James G. Tolle was stationed at the Air Force Radar Base in the Yaak, in 1955.  He went to Bonners Ferry, Idaho with his friends to have some fun and that is where he met the dream girl of his life, Maryann Rose Eby. They dated and eventually married in May 1956. Jim (as his friends called him) was in the Air Force for 7 years. When he got out of the service, the whole family of 6 moved to Libby, Mt., where they lived until 1977. They did come back later to the town they loved and to their friends and family. Jim worked at the mill and later on Maryann worked at the mill with him.

When they left the mill they bought the Standard Gas Station in Libby. After that they owned the new Chevron Station in town and the one up Hwy 37. Besides working hard, Maryann was a 4-H leader for a while. She did canning, lots of home cooking and always enjoying time with family and friends. Jim built for his family in Libby three different homes. He would come home from work and then work on the house he was building until dark. Maryann would help and their sons also helped him a lot.

In 1977 they sold out and tried new careers in owning Dairies in Washington state and Minnesota, they even owned an18 wheeler and went trucking for a few years. When they retired from dairy work, they moved back to Libby and became tree thinners. Later they added road brushing to their resume. Their son, Jim, worked with them for a while. When not working, they enjoyed going hunting, fishing, huckleberry picking and camping with family and friends. Maryann died on February 22, 2022 and Jim followed her on June 4.

They were preceded in death by their son, Gary. Gary left behind (wife) Tracie, (son) Micheal and (daughter) Kylee.

WE their children miss them dearly daily. They are survived by children Jo Ann and Vernon Drake; Jim and Eileen Tolle; and Cindy Boyer; 8 grand kids, 14 great grandkids and 9 great- great grandkids will also miss their love and tender caring hugs and smiles; a lifelong loved friend and considered part of the family, Annie Wright misses them dearly.

A huge thank-you goes out to all who made their last days as comfortable as possible. Mom and dad did not wish to have any services. May God bless all.

Dolcisima “Chris” Underhill, 73, passed away peacefully at her home in Libby on June 2. She was born in Balud, Philippines on June 15, 1947 to Emeterio and Remedios Degala.  She moved to the US when she was 19.

Chris was feisty, funny, and generous and loved by many. She loved to cook at home and for her friends. Regardless of how tired she may have felt, she still enjoyed going to work, and cherished all her co-workers at the Libby Care Center.  She was married 3 times to Dennis Turner, Robert Underhill and Donn Clancy.  May you all rest in peace together. Your family loves you.

Chris’s family has chosen to mourn privately with an intimate service held in Arizona. 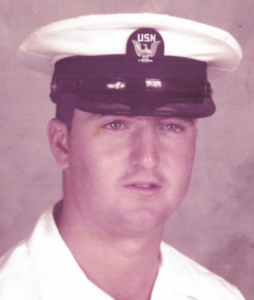 He is missed and loved by all who knew him. May he rest peacefully in the arms of his Lord and Savior, Jesus Christ.

Services will be held at 1 p.m. on Saturday, June 25, at Milnor Lake Cemetery in Troy with Pastor Cam Foote officiating with full military honors.  There will be a food and beverages potluck luncheon to follow at Troy Community Baptist Church, 725 E Missoula Avenue Hwy 2  in Troy.

Kenni Ann Schauer, 78, passed away peacefully at her home in Libby on Tuesday, March 1.

Memorial services will be held at 1 p.m. on Saturday, June 18, at St. John Lutheran Church, 1017 Montana Avenue in Libby.

A celebration of life will be held at 2 p.m. Saturday, June 18, at Owl Springs Angus Ranch, 1656 E. 5th St. Ext., Libby, Mont.  Arrangements are by Schnackenberg Funeral Home in Libby. 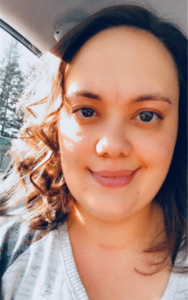 To all that knew her, Alyssa Rae Lehnert was an Angel on Earth.  Sent here from the Heavens on September 25th, 1988, she was a constant beacon of positivity, hope, and joy to the abundant amount of family and friends that had the absolute blessing of having her in our lives.  On May 13th, 2022, God decided to take away her pain and suffering brought upon by cancer by bringing her home to rest.

Alyssa was born in Coeur d’Alene, ID, to much fanfare with all involved.  A very sweet, kind, and quiet child, Alyssa was diagnosed with Poly-Cystic Liver and Kidney Disease at the tender age of two years old.  While growing up, and through all her life, she had to have numerous surgeries, hospital stays, and medical procedures due to her illness.  Despite all of the seemingly insurmountable obstacles that stood in the way of her living, she led a full and happy life throughout everything that ever happened.  She was raised, at different points during her adolescence, by many family members and role models besides her father and mother.  Everybody wanted a chance to watch her grow up, it seemed, and have a hand to play in her upbringing;  Aunts and uncles, parents and step-parents, grandparents (both paternal and maternal), as well as parents of friends of hers, had had her live with them at some point during her life.  Knowing that she had so many people behind her, pushing her forward into the future, is what gave her the strength throughout childhood and beyond to keep dreaming for the life she knew she wanted.

In 2005, two years before she would graduate from Libby High School, Alyssa met her future husband and lifetime love Brendan Hunter on the now defunct social media platform, Myspace.  It was a constant source of humor to them throughout their entire relationship.  Those years were formative for Alyssa in defining what life and love meant to her, as the pair would write each other letters and poetry, and send scraps of clothing back and forth to one another, that they would keep and treasure the rest of their lives.  In 2007, after her high school graduation, Alyssa attended college at the University of Montana in Missoula, MT.  Her biggest dream was always to become a nurse, so that she might give back comfort to those in need, the same way the nurses comforted her while being in and out of hospital beds as a child.  In 2009, Alyssa decided to take a year off of school to work full time at Direct TV.  Unfortunately, about a year later, she had some tests done that pointed to her going into renal failure.

In 2011 she moved back home to Libby to start undergoing dialysis at DCI, the local Libby not-for-profit clinic where she would eventually be employed at as a nurse tech.  During this tumultuous period, she began searching for, and locating, her old love Brendan Hunter; whom she hadn’t had contact with in several years.  They started a long-distance relationship that ended up with him moving back to Libby to be with her, and care for her, in January of 2014.  In fall of 2015, Alyssa received a wondrous miracle by way of the gift of a living donor kidney transplant, from her mothers’ personal friend Sandi Stone.  After her recovery, she pursued college again at Flathead Valley Community College, graduating in 2020 with an Associate’s Degree in Practical Nursing; all the while working at Dialysis Centers, Inc. to help give the utmost care and attention to the patients there that she had once been one of.

In October of 2021, after feeling unwell for several months, Alyssa was once again diagnosed with an unfathomable disease – Intrahepatic Cholangiocarcinoma, cancer of the bile duct system within the liver.  With Brendan at her side for every treatment and every appointment thereafter, she fought an uphill battle the entire eight months until her unexpected passing at Sacred Heart Medical Center, in Spokane, WA.

A memorial service will be held at the Christ Lutheran Church, located at 200 W. Larch St. in Libby on Saturday June 18th, 2022 at 11 A.M., followed by a Celebration of Life at the VFW Post 1548 located at 114 W. 2nd St in Libby at 2 P.M. Arrangements are by Schnackenberg Funeral Home in Libby.  Online condolences and memories may be shared at www.schnackenbergfh.com. 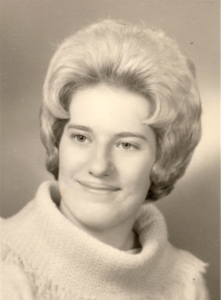 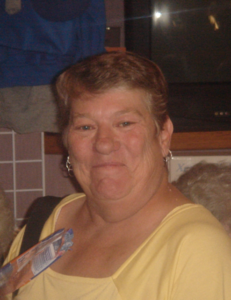 A memorial service for Sara Ann Whitehouse, who passed away on Jan. 9, will be held on Saturday, June 25, at 11 a.m. at the Christ Lutheran Church, 200 West Larch Street  in Libby.