On Wednesday, December 15 local officers took out local kids for annual Shop with a Cop event. Kids get to shop around town with local officers and have lunch at McDonalds.   Photo courtesy of Lincoln County Sheriffs Office.

When most of us think of Christmas, we visualize lighted trees, fashionably wrapped presents, colorful cookies, carols, and candlelight. The Christian tradition celebrates the birth of Jesus in Bethlehem, but over time many other customs have become associated with the December 25 holiday. Did you ever wonder how all of these things got mixed up together? Let’s explore.

Luck plays a role in several Christmas traditions. Mistletoe is associated with luck in Norse and Celtic legend as it was used to resurrect Odin’s son Baldur from the dead. His mother Frigg subsequently named the plant as a symbol of love. During the Victorian era, it was popular for couples to kiss under the mistletoe in hopes of marriage. Evergreen trees were also seen as being fortuitous because they stayed green even during winter. Ancient pagans decorated with evergreen garlands as a reminder that spring was on the way. Modern  Christmas trees appeared in Northern Europe, probably in either Estonia or Latvia, when sixteenth century Christians brought them inside as a symbol of everlasting life. Legend has it that theologian Martin Luther was the first to “light the way” by setting candles in the branches. Luckily, that fire hazard has now been replaced with at least somewhat safer electrical lights. Queen Victoria promoted the Christmas tree tradition when she set up the first Christmas trees in the palace. Decorating with wreaths and garlands became popular as well.

Some of these practices relate to rituals involving the winter solstice, or the shortest day of the year in the Northern Hemisphere, which occurs at nearly the same time. Burning of a Yule log and celebrations by candlelight were both ways to honor the return of the sun as days started to lengthen. Ancient Germanic pagans also honored the changing season by decorating living outdoor evergreen trees with symbols of the sun, moon, and stars, as well as with remembrances of those who had died. This later led to decorations on the tree as we know them today and, along with stories of the Christmas star which guided the wise men to baby Jesus, is responsible for the shining stars atop many a modern Christmas tree. In the Middle Ages, such celebrations also involved fancy baked goods often seasoned with “warming” spices such as cinnamon and nutmeg, the ancestors of our traditional Christmas cookies today. Bells were used in ancient rites to ward off evil spirits. As churches added bell towers, they became heralds of important news and a call to worship. 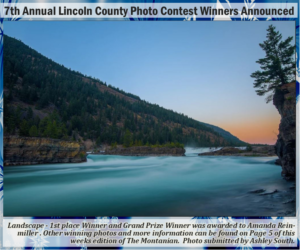 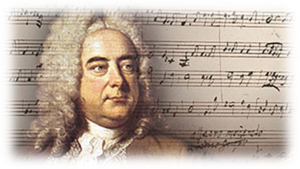 One lucky day about 19 years ago, Lorraine Braun and her family moved to Libby, bringing a wealth of musical knowledge and an uncanny talent  for drawing out the very best from everyone around her.

Many readers will know her from the spectacular Select Choir she began and took to many state competitions, and for her work as choir master at Libby Middle High School.  But, before all of that, the very second year she was in Libby, Braun took It upon herself to resume the long, beloved tradition of the live Christmas sing along, ‘Handel’s Messiah’

“ I resurrected it the second year I came, and there were 30 singers that first year” Braun told the Montanian.

Braun and company have been performing the cherished Christmas tradition every year since, till last year, another consequence of COVID, “It was tough this year,” Braun continued,  “Our ensemble is roughly half the size it was in 2019, many of our strongest singers have moved away, and our orchestra is minus the college kids, but we are repeating history with this year’s presentation” she said.

This year’s performance featured a pared down but powerful 12 piece orchestra; featuring Violinists Linda Kintz and Renee Rose, violist Patty Burlingham and Cellist  Marcia Lydiaro. Kathy Powers on the clarinet and Brenda Nagode on the alto sax fill in the woodwinds, and Joanne Armstrong on flute, Edwina Smith on trumpet, and Jim stabien (visiting from Hawaii) on the French Horn fill out the brass. Dr Brian Bell, rounds out the group on the Harpsichord, adding a bit of authenticity to the lovely music.

First time participant, and much needed bass voice, Charles Yahring  is happy to be part of it. “ I first sang in the Messiah 53 years ago in my high school choir in the winter of 1968” Yahring told the Montanian. “we are doing a lot more sections then I did back then” and he added “ this music is my rejuvenation.”

Deborah Fry, longtime participant put it this way “For me, this is a reunion of same spirited people, singing praises to God with the beautiful music that Handel wrote over 300 years ago.”

Fry began participating back in the 1990’s when Burt Brewer, former Libby middle school choir teacher was maestro of the tradition. Bass voiced Carl Lynn was also part of the group way back then, and   Sandy Kraft joins Amelia Smart and Cynthia Curtis and others as a soloist this year.

“Some people told me they had kind of gotten out the habit of singing” Braun added, “but they are back this year.”

The Messiah sing along was held at the Memorial center last Sunday.

The Kootenai Heritage Council will be having it’s annual Kick Off Event on Saturday, January 8 at 6 p.m. at the Libby Memorial Events Center.

We are excited to bring back our Preforming Season Series after nearly two years absence. The scheduled performers for this year will be showcased.

Series Season passes will be available for purchase and Karina Hancock’s Dancers will be preforming live on stage.

There will be refreshments and delicious baked goods. Admittance is free so come help us return our preforming arts to the Memorial Center’s stage!

For more information call the Center at 406-293-9643 or email at libbymemorialcenter@gmail.com