If you like baseball, the lumberyard at stately Lee Gehring field was the place to be.

Several factors would determine who would qualify to participate in Sunday’s championship round.

Factors included one overall record to head-to-head competition three, the number of runs the team allows and some other.

The Loggers would finish the tourney with an outstanding 3-1 record, yet failed to qualify for Sundays action.

The loggers would drop their first game. Losing at 9 to 2 against the Claremont (CA) Cardinals

Libby would rebound to win their next three. Defeating the Latah ( ID) Generals 6-4 and back to back victories against the Northern Lakes Mountaineers 11-1 and 15-7.

Final Teams Standings for the tournament:

Failure to get key hits and bases loaded situations combined with four errors in the fourth inning made it hard to win.

And the Loggers first game of the tournament Libby would drop a 9-2 decision to the Claremont (CA) Cardinals trailing 4-0 ending their half of the third inning the Loggers would load the bases. But, a two out strike out would leave the loggers scoreless. The loggers defense fell apart in the fourth inning. Four errors allowed the Cardinals lead to balloon to 8-0.

The Loggers would threaten again and their half of the fourth inning. Landon Haddock , Cy Williams and Rusty Gillespie drew consecutive walks to load the bases. With no outs and the bags full, the Loggers would fail to cash in. two strikeouts and a Logger runner picked off third base. The score renamained Cardinals 8 Loggers 0.

Libby would get on the Scoreboard and they are half of the fifth inning. Dylan Buckner what star off in the inning with a walk. Tripp Zhang would beat out an infield hit and Caden Williams would walk. ( The Cardinals would walk a total of 8 logger batters.)

The bags were full again. Ayden Williamson would hit a Single to get the Loggers first run.  Haddock’s single brought in the Logger’s second run.

With a bases still loaded and no outs Claremont would bring in Adam Aguirre To take over on the mound. And take over he would,  Aguirre would strike out the other side in quick order. Aguire would stay in the game and in Libby’s last at bat. Strike out the side again. Final score, Claremont 9 Libby 2. Aguirre’s stat line for the day, six batters faced, six strikeouts. The loggers would strike out a total of 11 times.

Caleb Moller and Zhang shared mound duties for the Loggers. They would combine For one strike out and five walks while giving up eight hits.

With Logger ace Caden Williams on the mound you feel confident that the opponent isn’t going to score a lot of runs. Then again, the loggers had been having trouble in stringing hits together and scoring runs.

And the second game of the big bucks tournament, the loggers would take an early 2-0 Lead. And hold on for a 6-4 win over the Latah (ID) Generals.

In they’re half of the first inning a Zhang single followed by two walks would load the bases, a two out error would allow the Loggers runs. The Loggers would lead to – oh after one ending.

Ahead 2 – 1 entering the bottom of the third inning, the loggers would strike again. Haddock would single and move to second on a fielders choice. Gillespie’s follow up single would bring Haddock home. With two outs in the inning Chase Rayome would single to send another Logger runner home.

The loggers would push their lead to 5–1. Zhang’s single would start off the loggers fourth ininning. Caden Williams long single “tripped” rounding first base would bring Zhang in.

Heading into their final at bat and down six – one, Latah would strike Back. Three singles and one walk coupled with a Logger error  the generals cut the logger lead to 6-4.

With one out and the Logger lead in danger. Aidan Rose would come to the mound and settle the issue. Two batters to fly out, game over. Loggers 6 Generals 4. 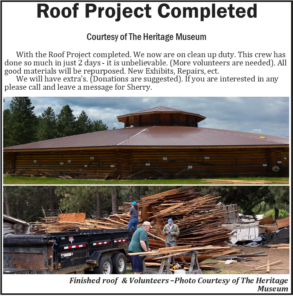 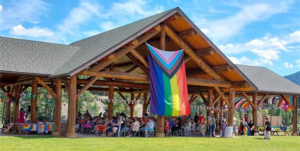 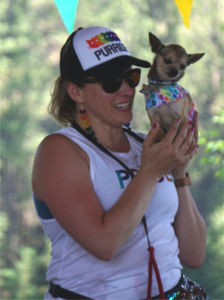 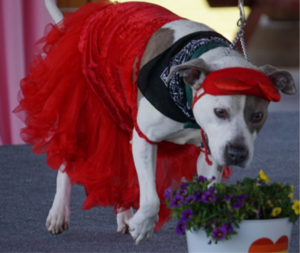 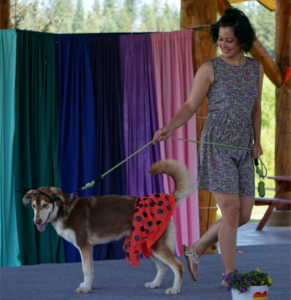 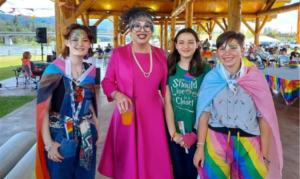 They kicked off the event with a Dog Fashion show. Local event attenders got a chance to strut their stuff with there fashionista pooches.

The festivities included a fun filled day of drag performances, ariel performance, speakers and much more.

Staying true to the main purpose of the importance of Pride, the event provided awareness  on acceptance, diversity, understanding, education, and unconditional love.

Troy Community Baptist Church or TCBC will be offering a free summer meals program for any children.