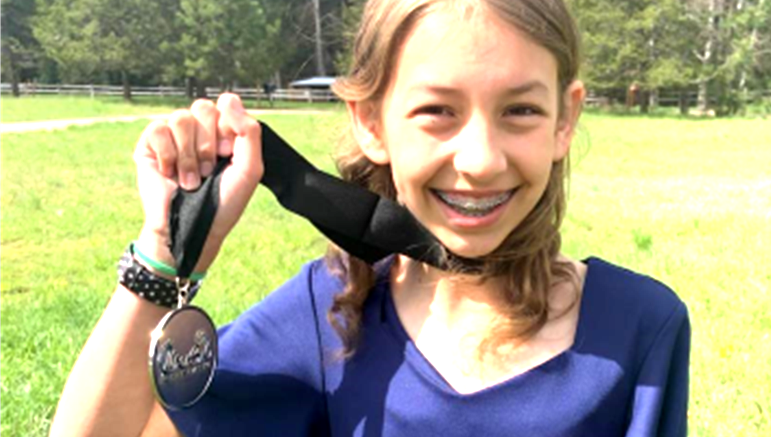 A perfect score. Two community children’s choirs, under the direction of Mrs. Lorraine Braun, competed in Coeur d’alene, Idaho on May 14, as part of the Music in the Parks Festival, which is a national-based program.

The Libby Children’s Choir received a perfect score of 100, which the festival rarely sees. The Libby Honors Choir received an average of 95/100 which placed them in first place in their category (school size). An added special award also went to Sammy Evans who sang a solo during one of the songs.

Both choirs include students who attend public school, private school and are homeschooled. She did an awesome job. “I am proud of these kids. Not only did they prove themselves musically, and worked well as a team, they represented our community in a very positive light. Kudos to them all.”

Why Do We Celebrate Memorial Day

Memorial Day was originally called Decoration Day, referring to the laying of wreaths on the graves of soldiers who had died during the Civil War. There were sporadic efforts in various parts of the country following the end of the war, including one on May 1, 1865 in Charleston, South Carolina in which freed slaves gathered to pay tribute to slain Union troops. During the first official Decoration Day ceremony on May 30, 1868, five-thousand volunteers helped to decorate the graves of more than 20,000 Union and Confederate soldiers buried at Arlington Cemetery. Ohio Congressman John Garfield, in his speech that day, said, “We know not one promise these men made, one pledge they gave, one word they spoke; but we do know they summoned up and perfected, by one supreme act, the highest virtues of men and citizens. For love of country, they accepted death, and thus resolved all doubts, and made immortal their patriotism and virtue.”

New York became the first state to make Memorial Day an official holiday in 1873 and more states eventually  followed, especially after the end of WWI. However, it wasn’t until 1971 when Congress passed the Uniform Monday Holiday Act that Memorial Day was officially established as the last Monday in May. Traditions dating back to the Decoration Days of the past call for placing flags and flowers on the graves of those who have died in military service. There are often concerts by military bands that celebrate patriotism and duty.

Over time, the interpretations of Memorial Day have gradually changed and expanded. In the latter  twentieth century, many began to use the holiday as a time to remember and celebrate all their loved ones who had died, not just those in the military. Cemeteries are often now completely covered with flowers by the end of May. After the tragedy of 9/11, official Memorial Day ceremonies began to include those from the civilian uniformed services – fire, police, EMS – who had died in the line of duty. There are those who argue that Memorial Day should stay true to its roots in honoring those who died serving their country. Others disagree. In modern times, it is very easy to think about a long weekend off to barbeque with family and perhaps take the boat out to the lake to enjoy some early summer sunshine. It is important, however you celebrate the holiday, to remember.

The first responders plan to do this type of training every year moving forward. 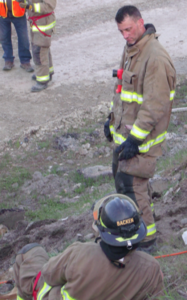 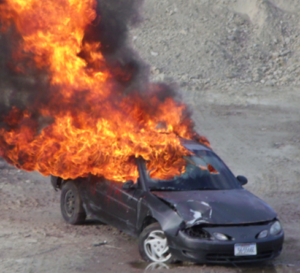 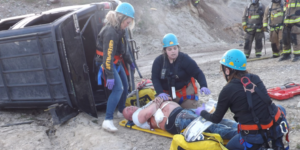 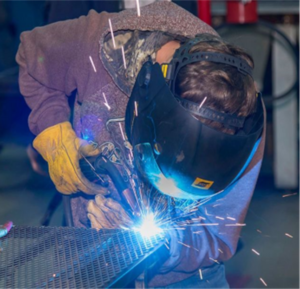 These students passed their college welding and certification tests Thursday, May 12. Way to go. They will get certifications and college credit. Thank you Jeff Thill for your great teaching.

On May 21, at approximately 2:47 p.m., Lincoln County Sheriffs Office Dispatch received a report of a shooting in the Alexander Creek Campground north of Libby, Mont.

Deputies from the Lincoln County Sheriffs Office and Libby Volunteer Ambulance responded to the scene. On arrival, deputies found a deceased male and female with multiple gunshot wounds. Medical aid was given to the female who was then transported to rendezvous with a Life Flight helicopter for transport to the hospital.

LCSO detective arrived to process the scene while a multi-agency manhunt was launched for the shooting suspect.

Based on statements from the victim and witnesses, an arrest warrant was issued for the suspect, Gary Douglas Seaman. On May 22, at approximately 10a.m. Seaman was arrested near his residence in Flathead County.

The investigation is ongoing.

Notifications were made by the Lincoln County Sheriffs Office Detectives.