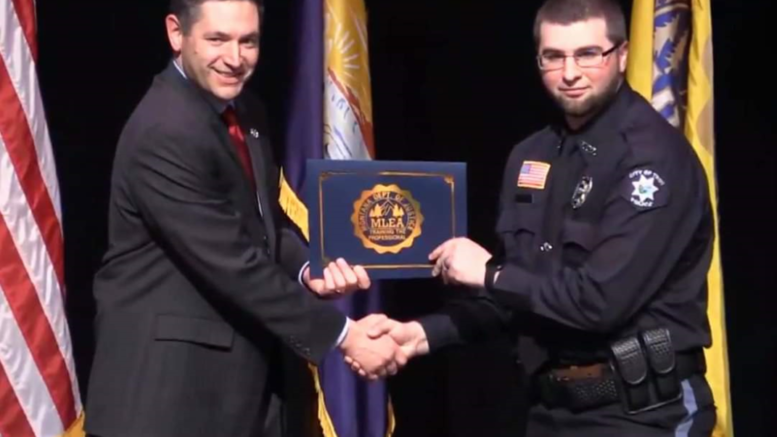 Officer Michael Miller of the Troy Police Department achieved a milestone in his ongoing career on Tuesday, March 30. After twelve weeks of intensive training at the Montana Law Enforcement Academy (MLEA) in Helena, Miller received his certificate of completion from the law enforcement officer basic training program.

“Michael is just a good human,” shared Police Chief Katie Davis of Troy in an interview this past Sunday. “A good human who truly cares about his community,” she added.

Miller has been working to this point in his career from a strongly rooted bed of experience acquired while pursuing his dream thus far.  That dream to follow in his father’s footsteps and to serve and protect his hometown community.

A 2015 graduate of Troy High School, Miller’s experience at MLEA in Helena was the second of his lifetime to date. He had previously spent the summer of his junior year in high school at the MLEA’s Junior Academy.

Following high school, Michael went on to work as a Family Support Assistant with Youth Dynamics. He found great reward in being matched as a mentor with youth who were navigating challenging waters yet provided with sound goals to achieve through the support and guidance of caring adults such as Miller at their side.

Dispatch  was the next stop in gaining experience within the law enforcement field.  Then Michael we on to consider a career as a Lincoln County Detention Officer, his father’s former line of work. “My dad worked in the LC Detention facility for seventeen years. But after seven months, I told him I did not know how he did it,” Miller shared with an air of laughter and respect for his dad’s dedication.

In 2016, Michael then signed on as a Reserve Officer with Troy PD and has worked forward to support his community and its rural law enforcement officers in a myriad of ways over the past five years.

Each spring, FWP receives calls from people who have picked up deer fawns or other wildlife. It’s important to remember that Montana Fish, Wildlife & Parks no longer accepts, holds or rehabilitates moose, deer, elk and most other animals.

Often times, people think they are rescuing an orphaned animal. However, it’s important to understand that wildlife care for their young much differently than humans. They have strategies to provide the highest chance of survival for their young.

One strategy that some species, particularly those species that are more commonly seen as prey (deer, rabbits, birds), use is to distance themselves from their young for many hours at a time. This helps to keep predators away from their young. For example, fawns are born without a scent and it is safer for them if their mother, who has a scent, is not nearby. This also can potentially distract a predator into focusing on the doe vs. their offspring.

FWP believes wild animals thrive better in the wild where they have plenty of natural habitat (food, water, shelter, space) and thrive better with other wildlife than with humans, who they consider an apex predator. Nature provides them the best options for survival and a better quality of life.

The potential to spread wildlife disease is also a good reason to leave young wildlife alone. Baby ground squirrels, racoons and rabbits can carry zoonotic diseases, which means diseases that are infectious for humans. Examples include plague, hemorrhagic diseases and tularemia.

If you see a baby animal, whether a goose or a grizzly, keep your distance and leave it alone. Handling baby animals can be dangerous, and usually once young animals are picked up by people they can’t be rehabilitated.

What can you do?

Leave It There. It’s natural for deer and elk to leave their young alone for extended periods of time.

Control Your Dog. Keep your dog under control, especially in the spring when newborn wildlife is most vulnerable. Pet owners can be cited and dogs that harass or kill wildlife may by law have to be destroyed.

Keep Cats Indoors. Many birds nest and feed on the ground. Young birds are also learning how to fly, making them vulnerable to cats. The bacteria in cat saliva are toxic to birds, so even if a cat does not immediately kill a bird, its bite often leads to infection and death.

Keep in Mind. It is illegal to possess and care for a live animal taken from the wild.

As a wildlife agency, FWP’s priority is to keep wild animals wild. When people keep and raise elk, deer or other animals, it habituates wildlife to humans, potentially causing problems once released back into the wild.

Should someone bring a deer or elk to FWP, they’ll be asked to take the animal back to the site where it was found.  If the animal can’t be returned, it may need to be humanely euthanized. 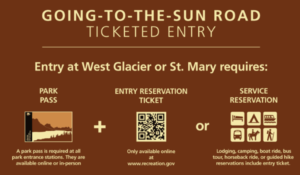 Glacier National Park is implementing a ticketed entry system for visitors wanting to use Going-To-The-Sun-Road this season between West Glacier and St. Mary.

Park officials had been considering the idea in the wake of record visitation in recent years. This summer officials anticipate one of the park’s busiest seasons ever. Officials say a ticketed entry system offers visitors
increased certainty they’ll be able to enter the park, and could eliminate the need for closures at the park’s west entrance.

The proposed entry reservations will cost $2 and will be available at recreation.gov starting April 29.

They’re good for seven days on the Going-To-The-Sun corridor between 6 a.m. and 5 p.m. The ticketed entry system will be in place from Memorial Day weekend through Labor Day weekend.

The park plans to start plowing Going-To-The-Sun Road on April 5. The corridor’s opening is contingent on weather and plowing progress.

Comfort Cubs delivered to CPMC in memory of Lucy Willis

Sudden Unexplained Death in Childhood (SUDC) is a category of death in children between the ages of 1 and 18 that remains unexplained after a thorough
investigation, including an autopsy. Most often, a seemingly healthy child goes to sleep and never wakes up. It is not known what causes SUDC, how to predict it or how to prevent it. A medical examiner or coroner could rule a child’s death SUDC when a thorough evaluation is completed and no other cause of death is found.

SUDC is believed to be rare, occurring in about one in every 100,000 children. Every year in the United States, approximately 400 children are lost to SUDC. It is most common in young children and is the fifth leading category of death among children between the ages of 1 and 4.

John and Samantha Willis, and their son Eli understand all too well the pain and heartache SUDC can cause a healthy and loving family. On May 29, 2020, their 14-month-old daughter, Lucy, was found unresponsive after her afternoon nap. Samantha, RN at Cabinet Peaks Medical Center, explained “When a seemingly perfect child like Lucy falls asleep and
never wakes up, with no apparent cause after an autopsy and medical investigation, they call it Sudden Unexplained Death in Childhood. It’s a term that in my nine years of nursing I had never even heard of until it happened to my child. Everyone knows about SIDS, but why would a healthy older child between 1 and 18 years old die in their sleep? That doesn’t happen! Until it does. Until it happens to 400 children a year. Until it happens to my child.”

The Willis family is now on a mission to raise awareness and support for other families who have experienced child loss in our community and help
support organizations that provide assistance to these families. Since fall of 2020, they have been able to raise $1000 from t-shirt sales in Lucy’s honor.  These profits were donated to “The Comfort Cub,” which provides therapeutic weighted teddy bears to loss families and others experiencing a broken heart as a result of a significant loss or trauma, free of charge.

Weighted items such as the Comfort Cubs have been found to provide relief from Takotsubo Syndrome, also known as Broken Heart Syndrome,

through deep touch pressure. This stimulates the brain to release neurotransmitters that cause the body to relax and feel comforted.

With the purchase of 5 cases of bears, John and Sam feel the first case should go to CPMC-where Lucy was born and was taken after her passing. They
donated The Comfort Cubs to the facility on what would have been Lucy’s 2nd birthday, and the final day of SUDC Awareness Month. 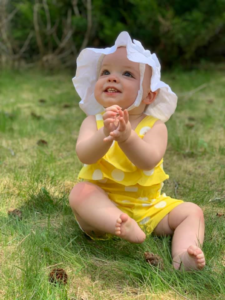 On May 29, 2020, 14-month old Lucy Willis was found unresponsive following her afternoon nap. Her death was later classified as Sudden Unexplained Death in Childhood. On March 31, what would have been Lucy’s 2nd birthday, the Willis family made a special donation to CPMC in her loving memory.  (Courtesy Photo)