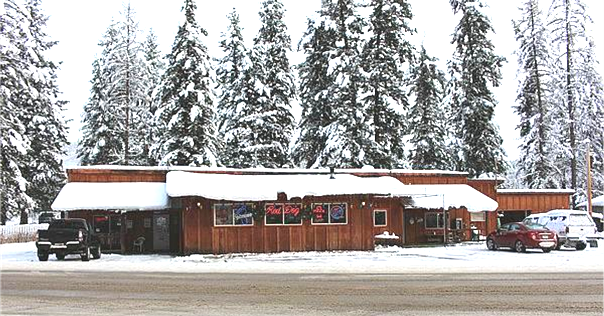 Dog Saloon WILL BE closing it’s doors on Sunday, Jan. 11. Photo The Red courtesy of Trulia.com

On Sunday, Jan. 5, locals were surprised by a Facebook post by Red Dog Saloon & Pizza in Libby.  It started with the word retirement and went on to read, “EVERY DOG HAS ITS DAY And it is finally ours.” Their last day of business, the post said, will be on Sunday, Jan. 12. Owners Bruce and Lisa Moore invited locals to “Stop and reminisce with us prior to our last day of business” and they also expressed gratitude to patrons and employees and thanks for many treasured memories that were made during their 35 years of operating the Red Dog.

If you would like to enjoy one last Red Dog outing, head out to 6788 Pipe Creek Road no later than Sunday. They are closed on Tuesdays but open from 3 until 11 p.m. every other day of the week according to their Facebook page.

The ABCA convention included four packed days of nothing but baseball. This year convention attendees numbered over 7,000 representing teams from across the U.S. In addition, more than 350 baseball companies promoting a variety of products were on hand as well. There were more than 50 featured clinics for coaches to learn, share and grow their knowledge and skills, and  attendees were able to explore a nearly 200,000 sq. ft. trade show. They also participated in question and answer sessions, hot stove (sports off-season) sessions, and celebrated their coaching peers receiving awards. They participated in committee and divisional meetings, and had opportunities to network at the ABCA Coaches Social event.

“They put on clinics and meetings for coaches, workshops for groundskeepers, and have a large trade show with the latest equipment and technology for training and groundskeepers,” Morford told The Montanian.

While attending the convention our Loggers got to meet Major League Baseball legend, Harold Reynolds, which was a highlight of the event.

Reynolds was a Seattle Mariner at the beginning of his baseball career in 1983 and then played for the Baltimore Orioles and California Angles prior to his retirement in 1994. He was a second baseman  and since retirement he has worked as a baseball TV analyst with the MLB Network and Fox Sports. 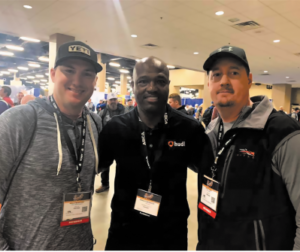 Chronic Wasting Disease has been found in forty-nine animals out of 1,205 sampled (4%) from  the Libby CWD management zone according to Montana’s Department of Fish, Wildlife and Parks (FWP). Test results are still rolling in from the testing lab in Colorado, so more CWD positive tests are still likely.

CWD is a contagious neurological disease affecting deer, elk and moose. It causes a characteristic spongy degeneration of the brains of infected animals resulting in emaciation, abnormal behavior, loss of bodily functions, and eventually death.

There have been a total of 6,800 samples submitted statewide and over 1,200 samples from  the Libby area since springtime according to FWP.  As of Dec. 20, forty-eight of the positive deer were white-tailed, and one was a mule deer.

The 49 total excludes the first infected moose documented in Montana  which was killed outside of the special CWD management zone during regular hunting season.

FWP will host a public meeting in Libby next week to discuss chronic wasting disease and to review response efforts. The meeting is scheduled for 6 p.m. on Monday, Jan. 13, at the Ponderosa Room inside of Libby’s City Hall located at 952 East Spruce St.

During the meeting, FWP staff will present information on CWD sampling and surveillance from the general hunting season. 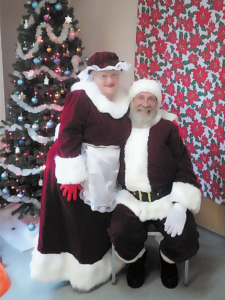 Mr. and Mrs. Claus pose for a photo during the Helping Hand s for Christmas event in Troy last month. Photo courtesy of Chris Ekstedt.

Each year, families in the Troy community that are in need are able to sign up so that their children can receive Christmas gifts at the Helping Hands for Christmas event.

At this year’s event, 53 families with 136 children were served by volunteers.  Community volunteers put the event together and made sure it was organized, while others purchase a wanted item and a needed item for each child.