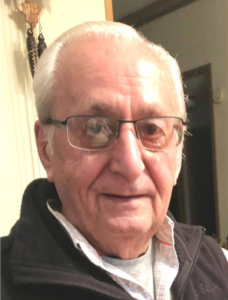 Christ Raymond Kuntz (Squeak), 82,  passed away peacefully in Libby, Montana on Saturday, June 25, surrounded by family.  Born on July 5, 1939, Ray passed a few weeks before his 83rd birthday.  Ray is survived by his wife of nearly 25 years, Linda Kuntz.  Prior to his marriage to Linda, he was married to Sharon Gossen from December 24, 1964 until her death in 1992.

Born in Dickinson, North Dakota, Ray graduated from high school in Medora, North Dakota in 1957 before moving with his family to Circle, Montana where he worked on a local farm.  Ray enlisted in the U.S. Navy in 1959 as a Machinist’s Mate and proudly served until his honorable discharge in 1963.  Following his military service, Ray lived and worked in Alaska and Washington before utilizing the skills he acquired during his naval service at the U.S. Army Corps of Engineers hydro-electric dams in Chamberlin, South Dakota and Fort Peck, Montana, eventually retiring as the Mechanical Foreman at the Libby Dam.

Following his retirement, Ray and Linda remained residents of Libby, often spending the winters in Yuma, Arizona.  Ray remained active, working on his many beloved vehicles, spending time in his garage fixing things for family and friends, and working around the house.  Ray and Linda also traveled extensively, both throughout the United States and internationally. Proud of his heritage, he and Linda made visits to Germany, to explore his German roots.  They also traveled to Finland to see Linda’s relatives, and took a ship through the Panama Canal.

Ray was known for his strong connection to his family and his love of good conversation, whether with an old friend or someone he just met.  Ray had a life-long passion for cars.  He was an excellent polka dancer and waltzer, and also enjoyed skiing, camping, golf, and spending time boating and fishing on Lake Koocanusa.  Ray was supportive of Linda while she played violin with the Glacier Symphony and other ensembles, and was a regular presence at her many rehearsals and concerts. In turn, Linda supported Ray’s joy for Nascar racing. Ray’s good spirit and sense of humor remained intact through many late in life medical challenges, right up to his passing.  Dearly loved by his family and countless friends, Ray will be greatly missed.

He was preceded in death by his parents John and Monica Kuntz, brothers Len, Harvey and Perry Kuntz, brother-in-law Dale Dean and sister-in-law Paula Kuntz.

A memorial service celebrating Ray’s life will be held sometime in early Fall.  In lieu of flowers or other gifts, the family asks that a donation be made to America’s VetDogs (vetdogs.org), or to a charity of donor’s choice.  Arrangements are by Schnackenberg Funeral Home in Libby.  Online condolences and memories may be shared at www.schnackenbergfh.com. 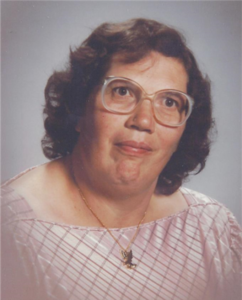 Doris L. (Hill) Selke, 86, passed away on Friday, June 24, at the Libby Care Center.  She was born December 10, 1935 in Kalispell, Mont. to James, SR and Ruth (Buck) Hill.  Doris was a kind soul with a caring heart. She loved family, parades, country music, embroidery and old westerns.  Those who were blessed to know her were fortunate.  Her smile could light up a room.

Doris will be greatly missed.  She was preceded in death by her father and mother; brothers Ed, George and James B. Hill, JR; and son David B. Selke. Survivors include her son Kenneth Selke and numerous grandchildren, nieces and nephews.

Graveside Services will be at 2 p.m. Saturday, July 9, at Glacier Memorial Cemetery in Kalispell, Mont.

Arrangements are under the care of Schnackenberg Funeral Home. Online condolences and memories may be shared by visiting www.schnackenbergfh.com.

Emily “Joyce” Snyder 81, passed away at her home on June 16, after a long and courageous battle with Parkinson’s for 38 years. A special acknowledgement to the late Dr. Iacono and his groundbreaking treatment. She was born in Malta Mont. on Oct. 9, 1940. She moved to Libby when she was a very young girl. She grew up on a homestead on Libby creek and graduated from high school with honors.

She was the most caring, compassionate, and selfless person you could ever meet. Her only concern was the welfare of the people she loved in spite of the major hardships that accompanied her illness.

She was a talented baker, loving wife, and trail hiking enthusiast which she loved to do with her children.

She is preceded in death by her husband, Franklin Snyder, who passed in July of 2011. Survivors include her children, Tony Snyder, Brad Snyder, Ryan Snyder, Strom Snyder, and Jada Snyder; and eight grandchildren.

There will be a short graveyard memorial service at 10am on July 6. All family and friends are welcome to attend.

Arrangements are by Schnackenberg Funeral Home in Libby.  Online condolences  and memories may be shared at www.schnackenbergfh.com.