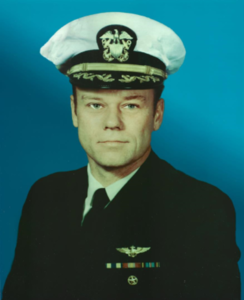 It is with deep sadness the children of Commander Robert Wesley Porter, a retired Naval aviator, announce the death of our hero, who slipped the surly bonds of earth on September 24, of natural causes. He died at his home in Libby, Montana, in view of the Cabinet Mountains and Kootenai River he loved, with family by his side. Our dad was born in New Britain, Connecticut, on March 20,1934, and began flying at the age of 14, crop dusting nearby fields. He knew he wanted to make flying a career and to serve his country, joining the Navy and attending flight school in Pensacola, Florida, in 1955. He started as a catapult officer on the USS Enterprise where he was burned and nearly killed in a gas tank explosion aboard the ship in 1963. He went on to fly F-4B Phantom fighter planes with the VF-84 Jolly Rogers squadron assigned to the USS Independence. From 1970-1971, he was stationed at both Miramar and North Island Naval Air Station in San Diego where he was named Commanding Officer of the Black Ponies Light Attack Squadron (VAL-4) and deployed to Vietnam. It was the first Navy squadron of its type flying Rockwell OV-10A “Broncos.” Commander Porter was highly decorated receiving numerous medals and ribbons including; the Legion of Merit w/Combat “V”, Distinguished Flying Cross (3), Air Medal (3),Navy Commendation w/Combat “V”(2), Combat Action, Navy Unit Commendation, Navy Expeditionary, National Defense Service, Vietnam Service, Vietnam Presidential Unit Citation, Vietnam Gallantry Cross (3), Vietnam Medal of Honor, Vietnam Civic Action, Vietnam Campaign. He had more than 6000 flight hours and 800 carrier landings, and flew more than 600 combat missions.

He married Janis Lyon Fraim in 1956 and they were married for 23 years. Together, they had three children, Laural Jene Porter Houlihan, Robert Wesley Porter II, and Anne Chapin Porter Daugherty.

After his career in the Navy, he opened his own aerobatic flying school, Porter Aero, and flew in aerobatic shows for Budweiser across the globe with his second wife, Suzan Gearhart Porter, whom he married in 1981. Later in life, he traded in flying planes for fly fishing from his drift boat on Montana’s Kootenai River. He liked nothing better than tying his own dry fly and seeing a rainbow trout rise to his perfect cast.

Dad was always our “Top Gun” and often wore his Top Gun hat until his final days. Our spirits are lifted by lines in one of his favorite poems,

“Oh! I have slipped the surly bonds of Earth

And danced the skies on laughter-silvered wings…

Where never lark nor ever eagle flew—

And, while with silent lifting mind I’ve trod

The high untrespassed sanctity of space,

Put out my hand, and touched the face of God.”

We will honor his memory and military service November 18th, 2022, at 10:30am at Miramar National Cemetery. A plaque honoring our Dad can be found at the Mt. Soledad Veterans Memorial.

Local arrangements were by Schnackenberg Funeral Home of Libby.  Online condolences and memories may be shared by visiting www.schnackenbergfh.com. 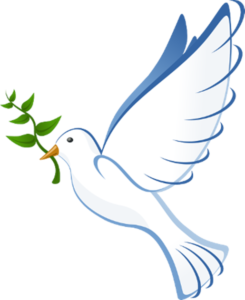 Teresa M. McDonald, 79, of Libby, Mont. passed away October 17, at her home in Libby. She was born December 8, 1942 in Delta, CO to August and Agnes Welch.  Arrangements were under the care of Schnackenberg Funeral Home of Libby, Mont. 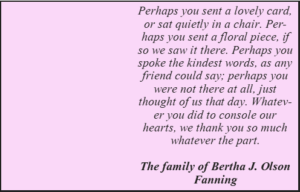 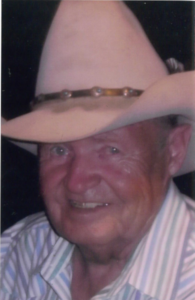 Gary married Billie R. Zajanc on January 7, 1961.  They built a wonderful life together in Libby where their three girls were born and raised.  Gary was an avid hunter but cat hunting was his favorite.  He had a love for the outdoors where he would fish and camp.  Gary made a living as a concrete finisher and was a wonderful father.  He shared his passions with all of his children which was passed on to his grandchildren and great-grandchildren.

He was preceded in death by his wife, Billie R Zajanc; his parents, Walt and Dorothy Zajanc; and niece, Gayle Lamey.

A private family interment service is scheduled for a later date.  Arrangements were under the care of Schnackenberg Funeral Home of Libby.  Online condolences and memories may be shared by visiting www.schnackenbergfh.com. 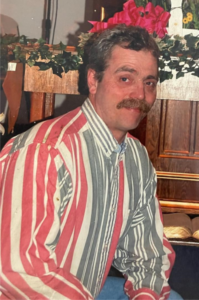 Larry David Farmer passed away October 24, 2022 at his home in Troy. He was born on April 6, 1961 to Arthur Larry and Ursula Ilse (Werner) Farmer in Fort Lewis /McChord Army and Airforce Base in Fort Lewis, Washington.

Larry loved his savior Jesus Christ and his work with the Troy Baptist Church. He enjoyed doing the summer food program and fishing with the kids while uncle Cam swam with them.  Larry was a proud Navy veteran and he loved his work with the vets helping vets. It was his pride and joy. He loved talking to people and telling his crazy stories that you always wondered which were true and which were made up. He loved the outdoors, especially being in the mountains. He knew the very best huckleberry and mushroom picking spots, (his words) but I don’t think anyone ever doubted him. He loved hunting, fishing, horn hunting, and gardening. But most of all, Larry loved all the people in his life. He would have done anything to help someone he loved or cared for. He always enjoyed family dinners and playing with all of the kids. He will always be here in our hearts and souls. Larry left an impression that is not easily forgotten.

Funeral services will be held at 1:00 p.m. Friday, November 4, 2022 at Troy Community Baptist Church, 725 E Missoula Ave.  Interment will follow at the City of Troy Cemetery.  Visitation will be 1-7 p.m. Thursday, November 3, 2022 at Schnackenberg Funeral Home in Libby.

Following the graveside services, we will meet at Troy Community Baptist church to remember the wonderful person Larry Farmer was.  Arrangements are under the care of Schnackenberg Funeral Home of Libby, MT.  Online condolences and memories may be shared by visiting www.schnackenbergfh.com. 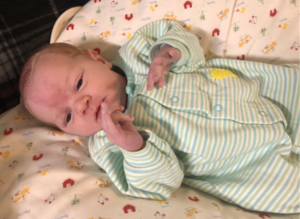 Kristofer Owen Wengerd was born on September 21 at Family Birth Services Birth Suite. Kristofer weighed 7 pounds 5 ounces. His parents are Paul and Wanda Wengerd and he is welcomed by his 2 brothers Trystan and Grantland and his sisters Paulita and Autumn. He was delivered by Joyce Vogel, Licensed Midwife